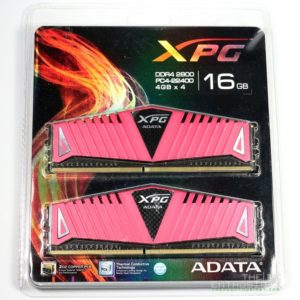 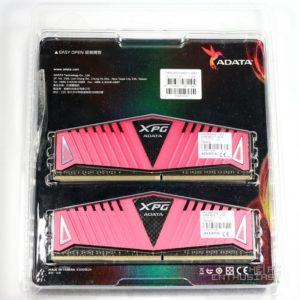 The ADATA XPG Z1 DDR4 memory kit comes in a standard or commonly used transparent plastic packaging. Nothing fancy, just plain, simple and straight forward. You can immediately see the memory sticks, two in front and the other two at the back. The memory size/capacity and speed can be seen on the upper front portion of the packaging.

The XPG Z1 features a triangular-shaped heat spreader where both sides of the heat spreader are identical. You don’t need to worry anymore if the heat spreader is not facing the right direction when you install it on the motherboard. Each memory stick has a sticker containing some information about the memory module; like its model number, capacity and speed, timings, voltage and serial number.

I like how the heat spreader looks, it reminds me of the pyramids in Egypt specially when these memory sticks stand erect on a motherboard. The groves and cuts add to its stylish look as well. Red and black color scheme seems to be the most popular color combination nowadays. If you have a Red and Black theme color for your system, this XPG Z1 DDR4 will look great on that system. If red and black is not your thing, the heat spreader is also available in Gold and White colors. The white XPG Z1 will look great on an Asus Z170 signature motherboard or a Gigabyte Z170X Gaming motherboard. 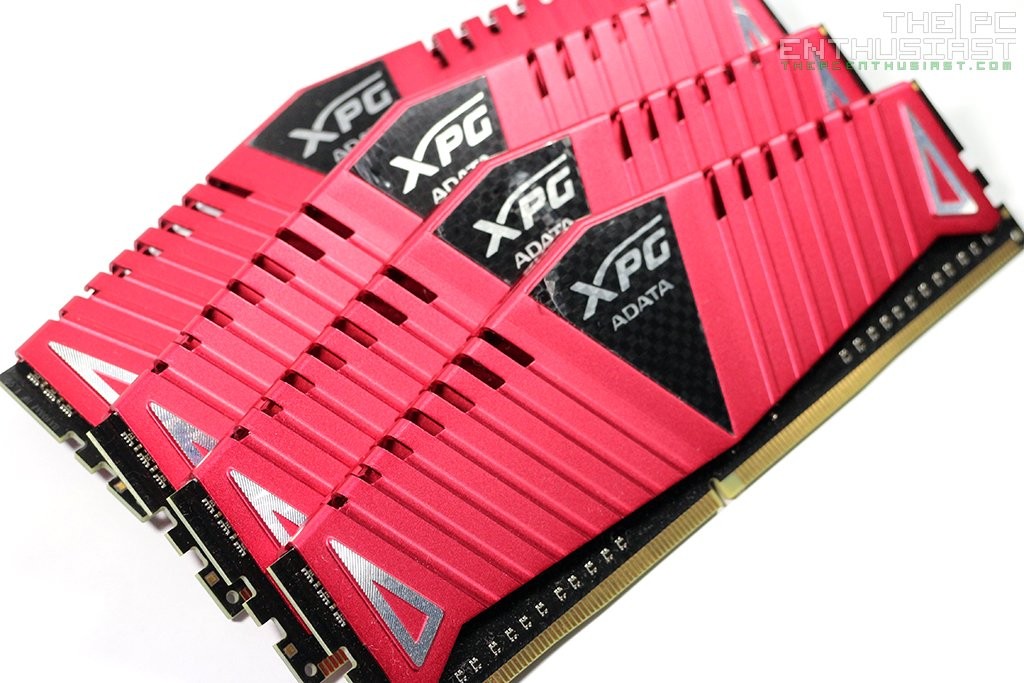 I don’t have photos of the XPG Z1’s PCB or internal components. It was fairly difficult to remove the heat spreader and I do not want to damage or bend them on the processes. ADATA did say that they are using a 10-layer PCB with 20z of copper, paired with high quality chips that are selected through a strict filtering process. If you notice from the photo above, there is a removable transparent film protecting the carbon fiber look with ADATA’s XPG logo. Two scalene triangles with fine serrated textures are also located on both sides. Finally the black PCB seals the aesthetics of this memory kit. If ADATA was using a green PCB, the XPG Z1 would look ugly.

Let’s proceed to the next page and see how the ADATA XPG Z1 DDR4-2800 16GB kit performs on our test systems.