Recently, at Computex 2016, AMD announced their latest mid-tier graphics card based on the new Polaris architecture – the AMD Radeon RX 480 (or RX480). The Radeon RX 480 is just the first of the new RX series cards, and all of them are aimed to bring high gaming performance and VR experience at an affordable cost. The said card is using the new 14nm FinFET process from Global Foundries and is based on AMD’s new Polaris 10 GPU architecture. This is really something new from the company and not just a rebrand like what they did with the R9 300 series. The RX 480 is capable of more than 5 TeraFLOPs of compute power, with 36 CUs, 2304 stream processors and more. But on top of that, AMD’s new graphics card will only cost you $199 (SRP). More details below. Aside from the specs mentioned above, the Radeon RX 480 also comes with a memory bandwidth of 256GB/s, a memory bit-rate of 256-bit and will come in 4GB or 8GB GDDR5 variant. The card has a TDP of only 150W and draws its power from a 6 pin PCI power connector. It will feature DisplayPort 1.3/1.4 HDR video outputs and supports VR Premium and AMD FreeSync technologies. 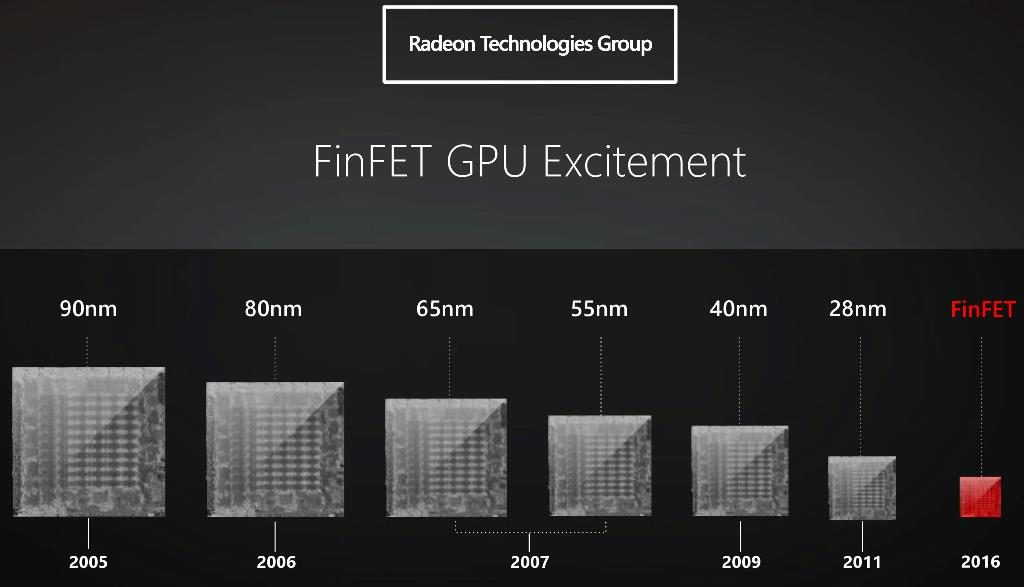 The AMD Radeon RX 480 will be competing with the new GTX 1070 in terms of price/performance, and its expected gaming performance should be similar to an R9 390 or R9 390X but at a much lower price point and more power efficient. During AMD’s presentation, Raja Koduri (Senior Vice President and Chief Architect) showed that two Radeon RX 480 in CrossFire can beat NVIDIA’s GTX 1080 in Direct X12 performance with Ashes of Singularity. Not only that, two R9 480X are cheaper compared to a GTX 1080, but we will still have to wait for actual reviews to gauge its real capabilities since most of this is marketing stuff. AMD hasn’t disclosed the full specifications and features of the RX 480. I’m sure we will learn more about it by June 29 when it is officially launched and by then we should be seeing reviews already. For now, you can watch the replay of AMD’s Computex 2016 event below. Aside from the RX 480, AMD’s CEO also revealed the ZEN powered Summit Ridge processor for desktop PCs based on AMD’s AM4 platform. Note that the video begins at 15:55.

The new AMD Radeon RX 480 will launch on June 29 (a few weeks from now) and will have a starting price of $199 for the 4GB variant. Expect that custom designed RX 480 from AMD partners like Sapphire, XFX, Club3D and many more will also release their own version in the following weeks to come.