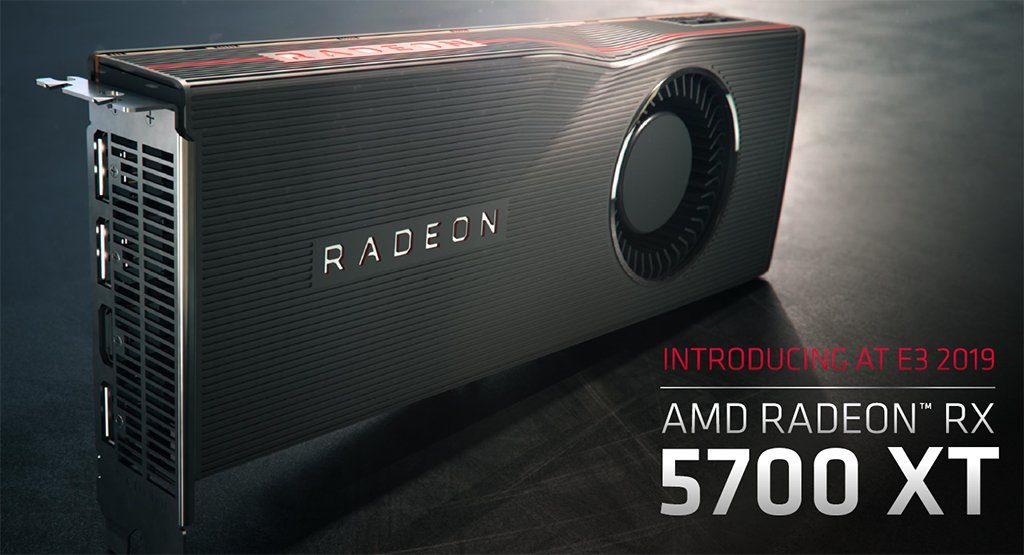 Both the AMD Radeon RX 5700 XT and RX 5700 graphics cards are geared towards 1440p gaming. They don’t (natively) support real-time ray tracing, but AMD built these GPUs with new features that would enhance the gaming experience of a user. These new features are the following:

Ground-breaking RDNA gaming architecture – Built from the ground up for superior performance, scalability and power efficiency, RDNA was designed to power the future of PC, console, mobile and cloud-based gaming for years to come. It features a new compute unit design optimized for improved efficiency, and a multi-level cache hierarchy designed to provide reduced latency, higher bandwidth and lower power. It also includes a streamlined graphics pipeline that is optimized for performance-per-clock and high clock speeds. Delivering up to 1.25X higher performance-per-clock and up to 1.5X higher performance-per-watt compared to the previous-generation Graphics Core Next (GCN) architecture, RDNA provides the computational horsepower to enable thrilling, immersive gaming by enhancing explosions, physics, lighting effects and more, and by delivering fluid, high-framerate gaming experiences. 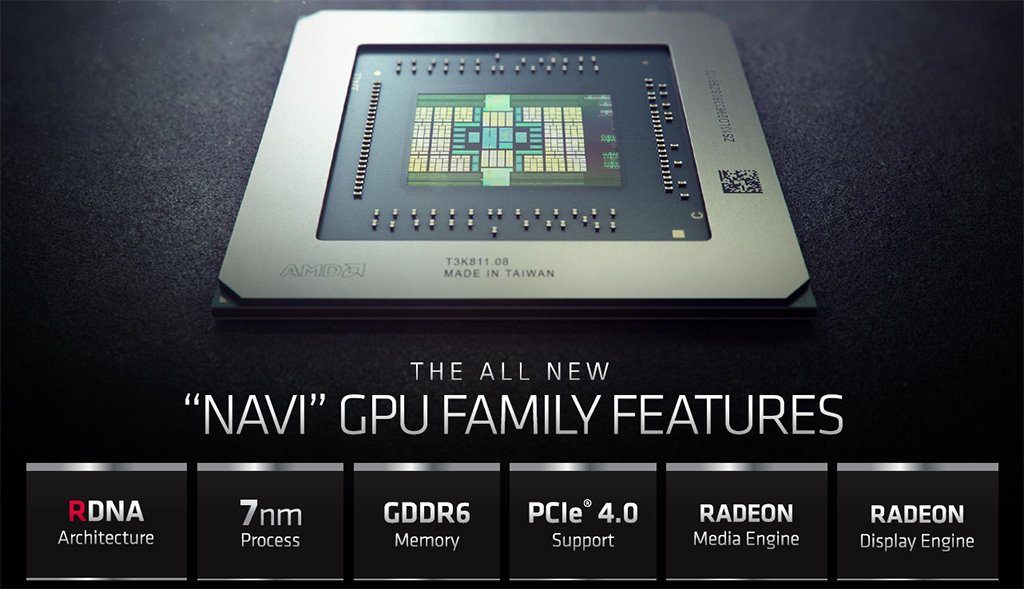 Radeon Image Sharpening (RIS) – Restores clarity to in-game images that have been softened by other post-process effects. RIS combines with GPU uspcaling to provide sharp visuals at fluid frame rates on very high-resolution displays, and works across DirectX® 9, 12 and Vulkan® titles. 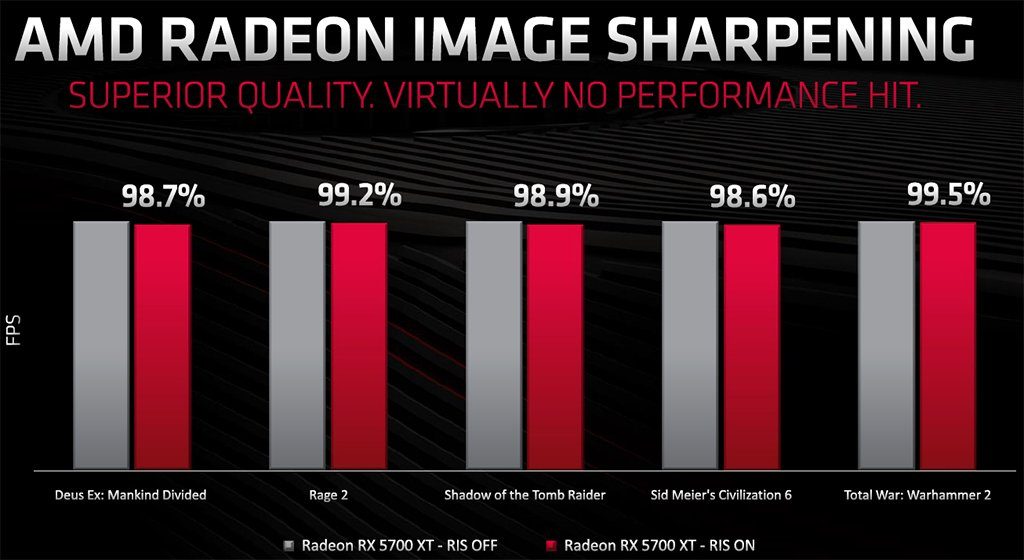 FidelityFX – An open-source developer toolkit available in the coming weeks on GPUOpen that makes it easier for developers to create high-quality post-processing effects that make games look beautiful while offering a balance of visual fidelity and performance. FidelityFX features Contrast-Adaptive Sharpening (CAS) that draws out detail in low-contrast areas while minimizing artifacts caused by typical image sharpening routines. Developers plan to integrate CAS into a number of popular games, and Unity Technologies plans to integrate it into its real-time 3D development platform. 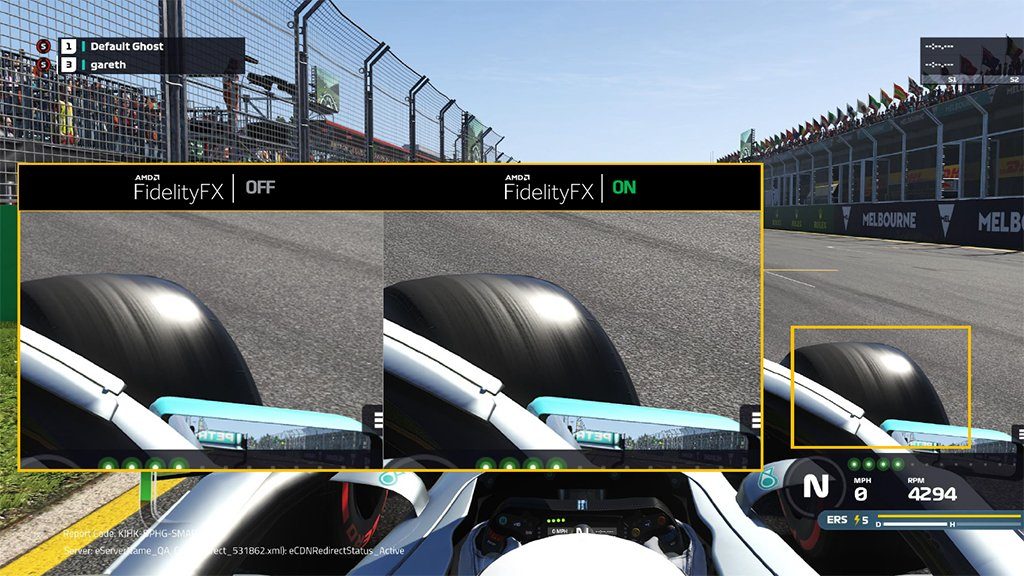 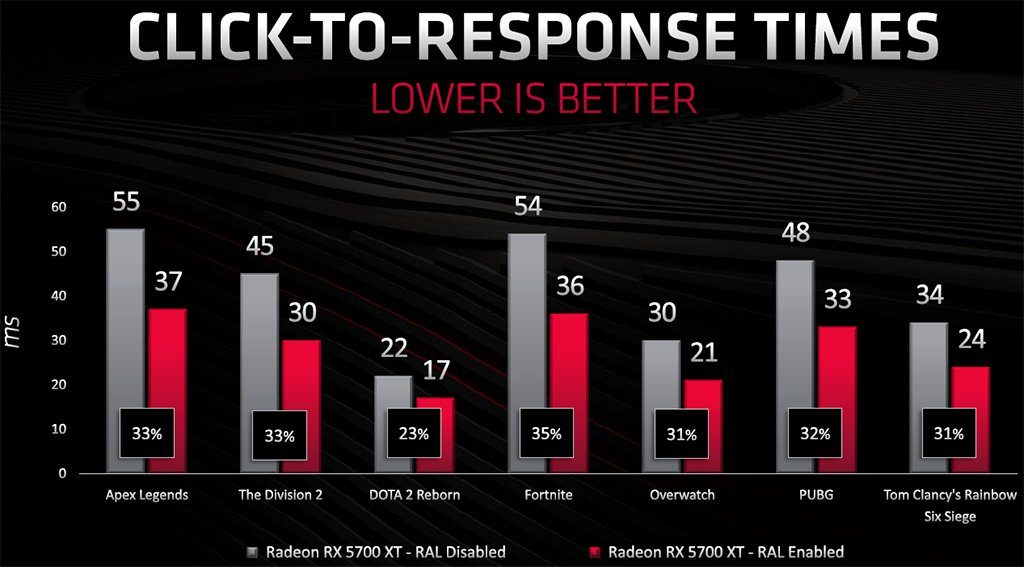 Extreme refresh rates – RDNA enables DisplayPort™ 1.4 with Display Stream Compression (DSC) to deliver extreme refresh rates, color depth and resolutions up to 8K HDR at 60Hz or 4K HDR at 144+ Hz on cutting edge displays, including the world’s first monitor to support DSC: the new ASUS Republic of Gamers 43-inch monitor previewing at E3. The new monitor is capable of delivering 4K HDR at 144Hz with a single DisplayPort™ 1.4 cable. 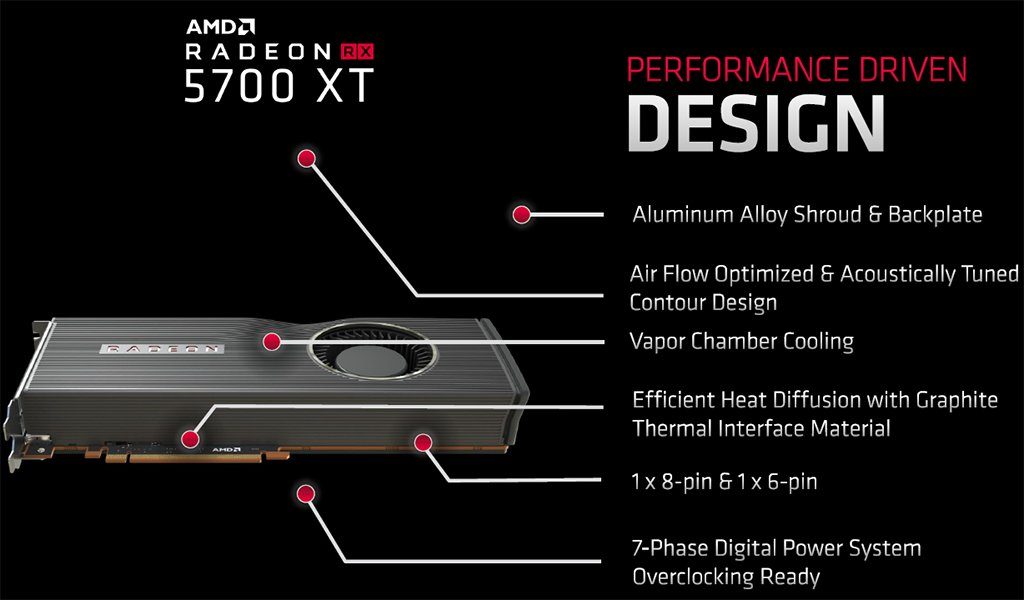 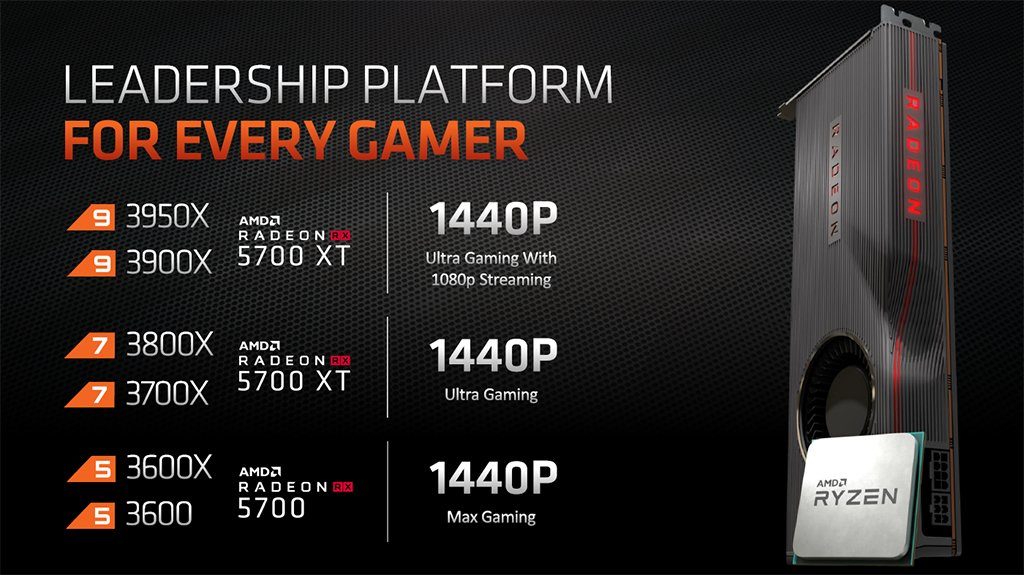 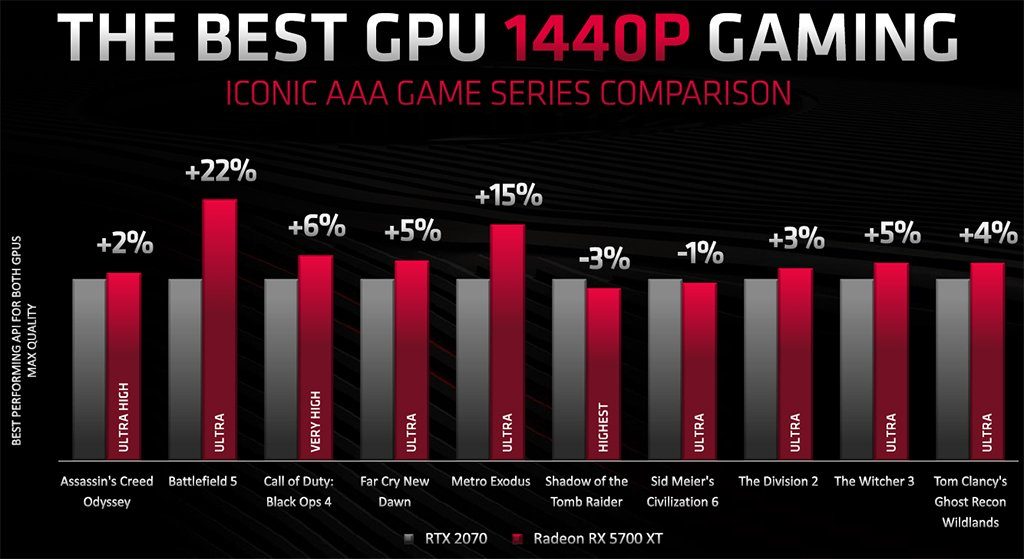 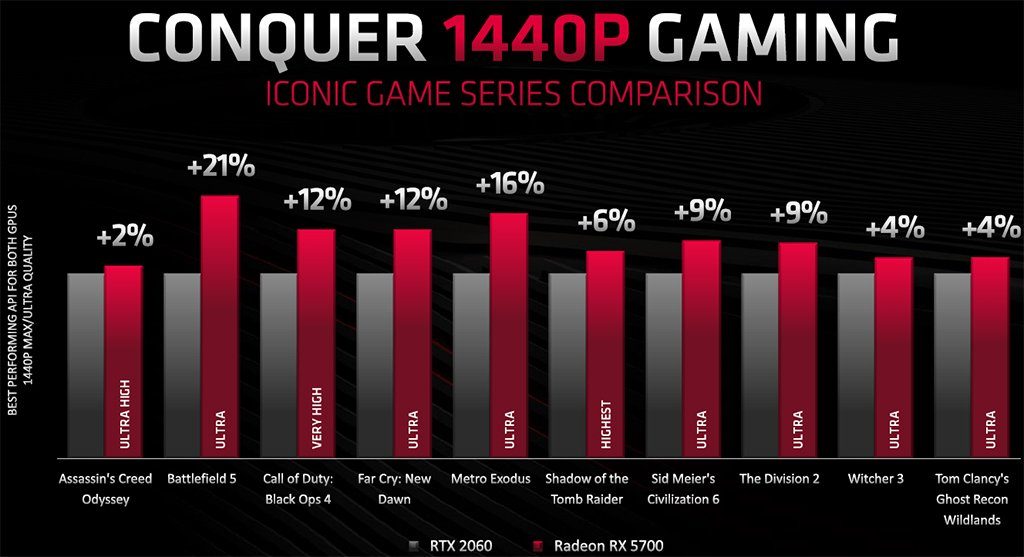 Today we are going to explore the best RTX 2070 Super graphics cards that are currently available in the market. In this article, we’ll...
Read more
Graphics Card

So, NVIDIA released a new "Super" card, this time it is the GeForce GTX 1660 Super. It sits right in between the GTX 1660...
Read more
Tech Roundup

It’s been more than a year since the release of the GeForce RTX 2080 Ti graphics card, and by now both the reference based...
Read more
Graphics Card

A few months after AMD released their Radeon RX 5700 XT that is geared towards the mid-range and 1440p gaming market; the company recently...
Read more