Now that NVIDIA has officially announced the GeForce GTX 750 Ti graphics card, featuring the next generation Maxwell architecture, other graphics card manufacturers have also unleashed their own GTX 750 Ti, featuring different designs, coolers, clock speeds and pricing. Today, let’s take a look at the different GTX 750 Ti manufactured by Asus, EVGA, Gigabyte and MSI. This article hopes to answer some questions like, which graphics card manufacturer has the better GTX 750 Ti, which has the best price per performance ratio, and which GTX 750 Ti should you get. Check out their respective specifications and prices below. I have also attached a video below which will help answer those questions. 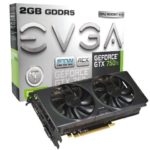 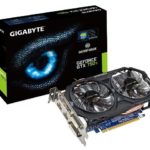 As you can see from the table above, the EVGA GTX 750 Ti FTW and SC versions have the highest base clock and boost clock speeds. EVGA’s GTX 750 Ti FTW with ACX cooler is also the most expensive GTX 750 Ti, same with MSI’s with Twin Frozer cooler. The EVGA GTX 750 Ti SC is followed by the MSI N750 TI Twin Frozr with a boost speed of 1163MHz, then by Asus’ and Gigabyte’s.

In real world gaming performance, the superclocked or overclocked variant will produce a slightly better performance from the non OC variant, but not a really significant improvement. Your computer specifications also contribute to the overall performance. The better your PC’s specs are, the higher the possibility that you will produce higher frame rates.

The Asus GTX 750 TI OC has an optional 6pin power connector which will consume more power for stability just in case you overclock the graphics card further. This is same with Gigabyte’s GV-N75TOC-2GI and the FTW version from EVGA. This means that these cards have the possibility to consume more power compared to those that doesn’t have a 6-pin power connector. Now let’s check out their current respective prices below.

The NVIDIA GeForce GTX 750 Ti has a suggested retail price of $149 USD. The EVGA GTX 750 Ti non OC variant has a price closest to the reference price. But the GTX 750 Ti from Asus, MSI as well as EVGA’s FTW version seemed to be the more popular choice, despite priced slightly higher.

The video comparison of the different GTX 750 Ti below is courtesy of Paul’s Hardware.