Today we are going to look at and review one of the latest Z97 motherboards – the Asus Maximus VII Gene, based on the new Intel Z97 Chipset. The Maximus VII Gene continuous the legacy of the Republic of Gamers (ROG) Maximus Gene motherboard and supports the latest 4th Generation Intel Haswell Refresh, Devil’s Canyon and including the upcoming Broadwell processors. The Maximus VII Gene is loaded with new features, or rather updated features, like support for M.2 based SSDs, Intel™ Ethernet + LANGuard + GameFirst III, SupremeFX Impact II + Sonic Radar II and other gaming-centric features. It also features a new attractive heatsink design, new UEFI BIOS user interface and a new 5-way optimization tool. Are you planning to build a new micro-ATX gaming system? Please continue reading my Asus Maximus VII Gene review below and find out if this is the motherboard you are looking for. 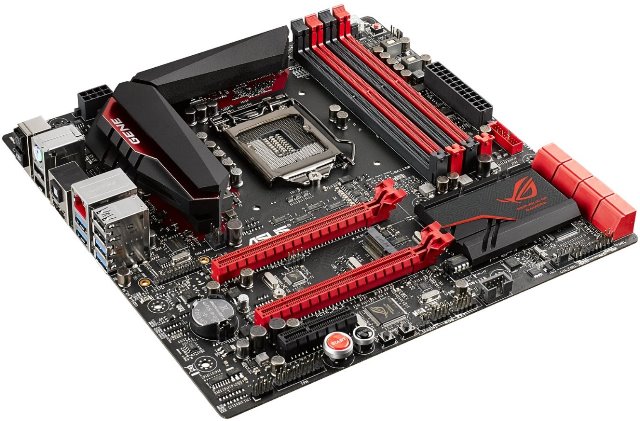 The Asus Maximus VII Gene is one of Asus’ latest Z97 Gaming/Overclocking motherboard geared towards PC enthusiasts and gamers who are into micro-ATX form factor. Despite its smaller size, it’s still loaded with most features that you can find with its bigger brother – the Maximus VII Hero. It’s also very much capable of overclocking unlocked processors, GPUs and memory thanks to its 8 Phase Power design, Extreme Engine Digi+ III with 60A Ferrite Chokes and 10K Black Metallic Capacitors.

It features the new LANGuard RJ45 port with GameFirst III technology ensuring that online gamers will be able to maximize and prioritize their bandwidth specially during gaming sessions. It also features a new SupremeFX Impact II audio processor featuring Sonic SoundStage, Sonic SenseAmp and premium Japanese-made ELNA audio capacitors. Aside from the exceptional sound quality that it produce, it also features Sonic Radar II designed for first person shooter games to help you located your enemy via the sound that your enemy produces. Just don’t use this feature during official competition as it is considered cheating.

The Asus Maximus VII Gene also comes with this feature called KeyBot giving your ordinary USB keyboard an instant upgrade. KeyBot lets you assign macro functions from keys F1 to F10 to launch any application or run a command with just one press. It also features Truevolt USB technology making sure that you get a stable supply of 5V in any parts of the motherboard.

The Asus Maximus VII Gene comes with RAMDisk, other propriety ROG software, and a new AI Suite 3 with 5 Way Optimization to help you manage and control your system. I’ll discuss more of its features and specifications as we take a closer look at the motherboard below.