In testing the Asus Radeon R9 290 DirectCU II OC, I am using the company’s latest Asus Maximus VII Gene Z97 motherboard, powered by my untamed Intel Core i7-4770K. Check out the rest of the system specs below. 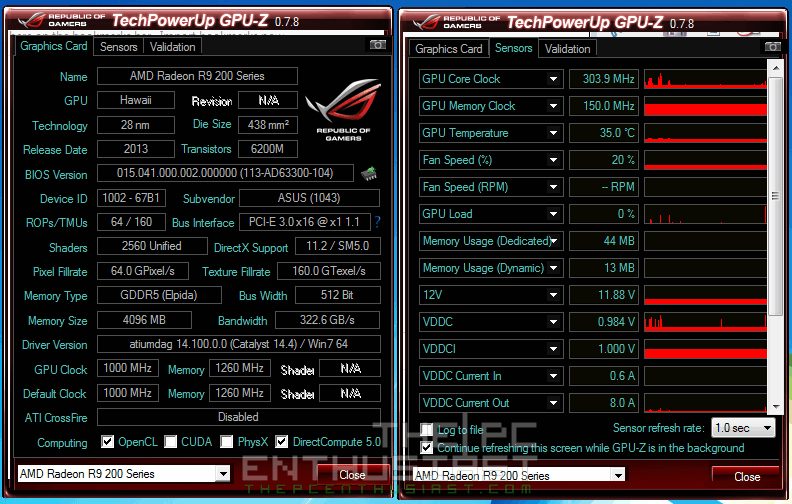 In overclocking the graphics card I used Asus GPU Tweak version 2.6.6.8. I was able to push further the GPU’s clock speed to 1155MHz and the memory to 1457MHz (or 5828MHz effective). Overclocking the card resulted in higher benchmark scores, but at the same time its fans started to become loud as well. Pushing it further made no sense for me since, aside from becoming unstable and consuming more power, performance gain isn’t that high either. 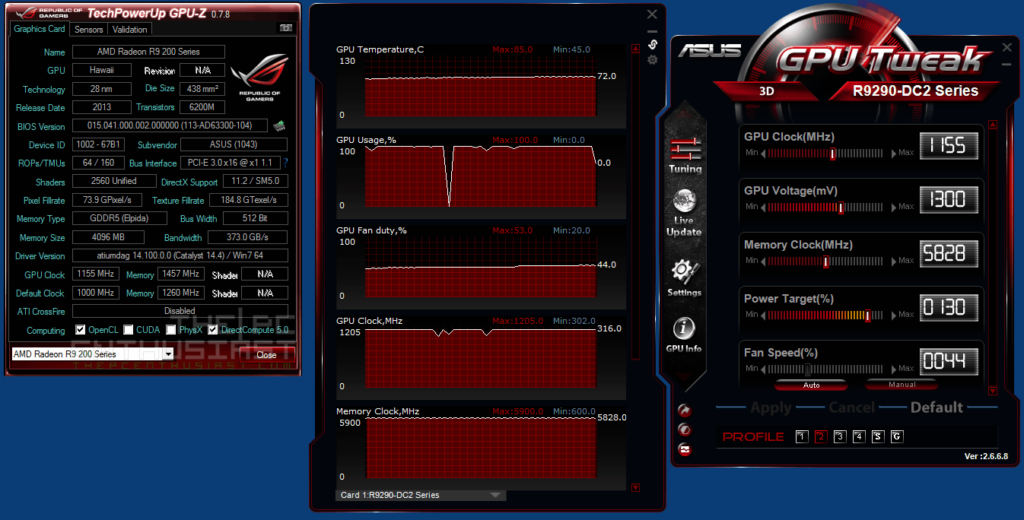 As expected from Asus DirectCU II cooler, the R9 290 DC2OC runs fairly silent during idle to medium loads. Idle temperature is around 32 to 36 degrees Celsius and the fans are running at 20% rotational speed.

At full load the temperature could reach around 72 to 75 degrees Celsius with a fan rotational speed of around 40% to 45%. Once the fans exceeded 50% rotational speed that’s the time when noise becomes noticeable and nobody wants a gaming rig that starts to sounds like a jet engine. Even overclocking the graphics card further, the maximum temperature I got is 85 degrees Celsius which is still acceptable.

But just a reminder, if your graphics card constantly runs above 70 degrees Celsius, it is recommended that your system has an optimized air flow and cooling solution. This way heat emitted by the graphics card will be exhausted out and won’t affect the other components. 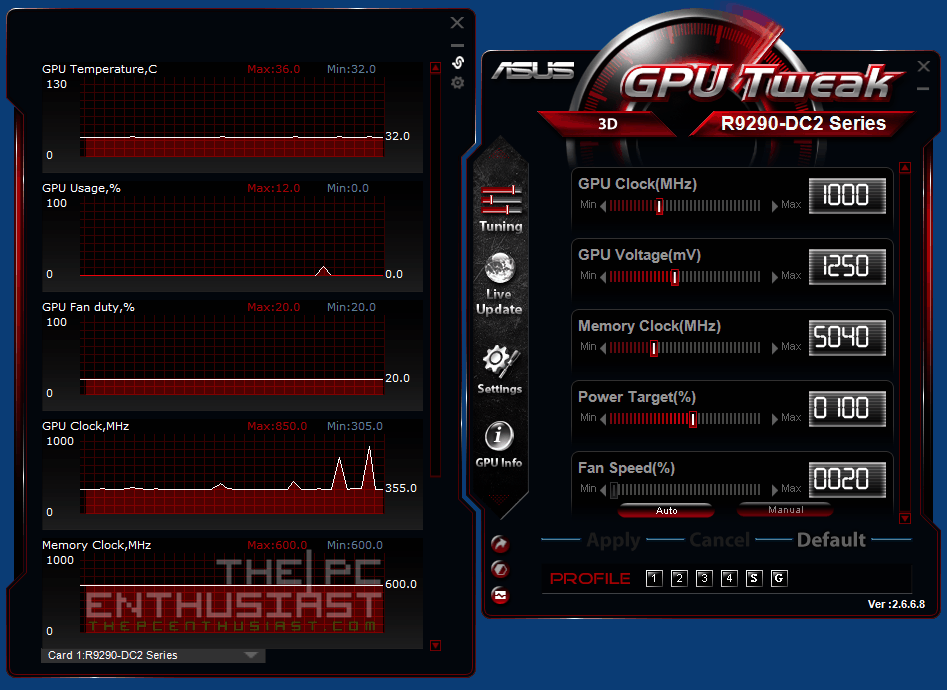 In benchmarking the Asus Radeon R9 290 DirectCU II OC 4GB, the Intel Core i7-4770K was running at maximum Turbo Speed, while DDR3 memory was running at 1866MHz. For the synthetic benchmarks both the stock and OC benchmarks results were recorded. But during the game benchmarks, I only recorded the results from stock settings.

Below are the benchmark results I got while testing the Asus Radeon R9 290 and the benchmark tools and games I used during the said tests.

AIDA64 Engineer “is a streamlined Windows diagnostic and benchmarking software for engineers. AIDA64 Engineer provides a wide range of features to assist in overclocking, hardware error diagnosis, stress testing, and sensor monitoring. It has unique capabilities to assess the performance of the processor, system memory, and disk drives. AIDA64 is compatible with all current 32-bit and 64-bit Microsoft Windows operating systems, including Windows 8.1 Update 1 and Windows Server 2012 R2 Update 1.” 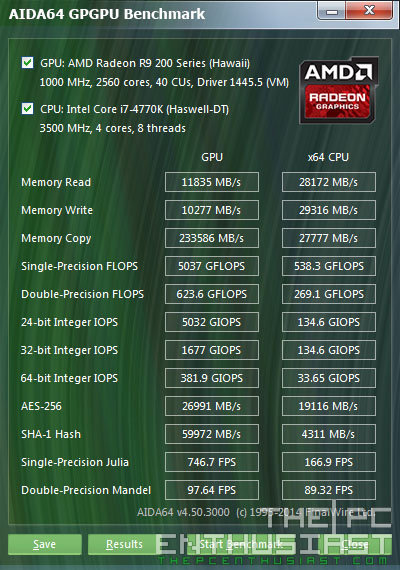 Valley Benchmark “is a new GPU stress-testing tool from the developers of the very popular and highly acclaimed Heaven Benchmark. The forest-covered valley surrounded by vast mountains amazes with its scale from a bird’s-eye view and is extremely detailed down to every leaf and flower petal. This non-synthetic benchmark powered by the state-of-the art UNIGINE Engine showcases a comprehensive set of cutting-edge graphics technologies with a dynamic environment and fully interactive modes available to the end user.”

Heaven Benchmark “with its current version 4.0 is a GPU-intensive benchmark that hammers graphics cards to the limits. This powerful tool can be effectively used to determine the stability of a GPU under extremely stressful conditions, as well as check the cooling system’s potential under maximum heat output. It provides completely unbiased results and generates true in-game rendering workloads across all platforms, such as Windows, Linux and Mac OS X.” 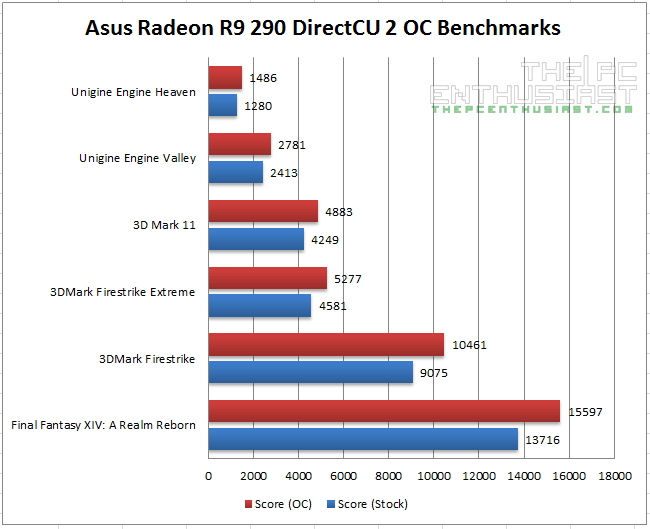 In the game benchmarks, all games are set to their highest settings, with V-Sync turned off and monitor resolution is 1920×1080. Below are the respective average results for each games extracted from FRAPS recording. 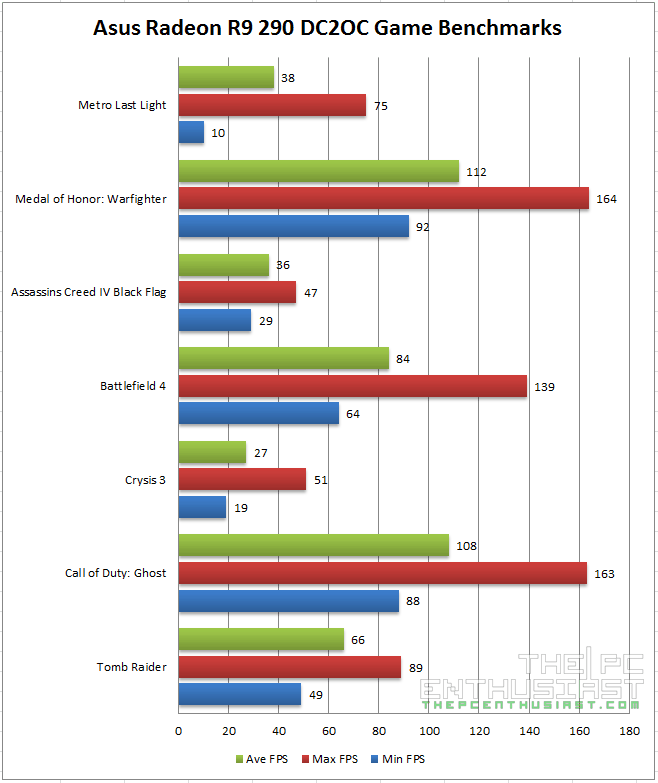