The Asus Sabertooth Z97 Mark 1 is the flagship motherboard in the next TUF lineup. Like its predecessor, it features the same color scheme and is protected by a TUF Fortifier shielding on both sides. It sports 4x DDR3 DIMM slots, 4x SATA 6GB/s ports, 2x SATA Express ports, 3x PCIE 3.0 x16 slots, 3x PCIE 3.0 x1 slots and a few header connectors. It features an 8-Phase DIGI+ power design and draws its power from an 8pin power connector, as well as the 24pin ATX power connector. 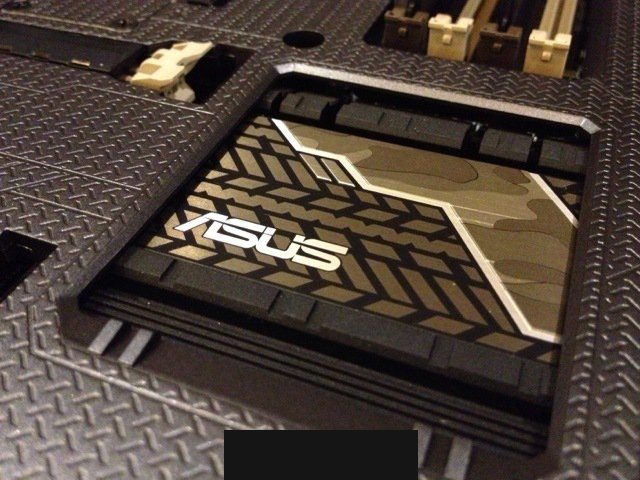 Next is the Asus Sabertooth Z97 Mark 2, which looks like an unshielded variant of the Mark 1. It doesn’t have the TUF Frontier shielding but it looks like is shares the same number of ports and slots like its big brother. It has 6x SATA 6GB/s ports for storage, but I don’t see any SATA Express ports. And I don’t see any M.2 slot as well, this could probably mean that the Mark 1 really doesn’t have an M.2 slot. And finally there is the Asus Gryphon Z97, successor of Gryphon Z87. The next generation Gryhon Z97 and current Z87 Gryphon looks very much identical. They have the same color scheme and board layout and probably share similar features as well. But it is noticeable that the heatsinks have a slightly different design. 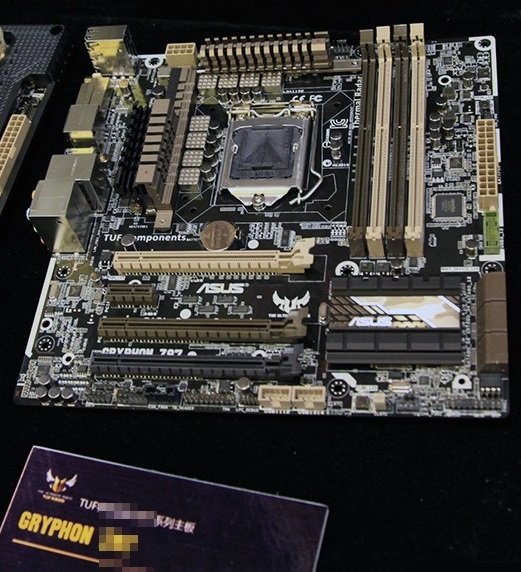 The Asus Gryphon Z97 also features an 8 Phase DIGI+ VRM, 3x PCIE 3.0 x16 slots, 1x PCIE 3.0 x1 slot, and 6 x SATA 6GB/s ports as well as other input/output ports and headers. And like its predecessor, the Gryphon Z97 will also have an Armor Kit or the TUF Frontier shielding for additional cooling and protection. The Asus TUF Z97 motherboards are also expected to be officially announced next month (May 2014) together with the Asus ROG Z97 lineup and Asus Z97 Legacy motherboards. What turns me off about the new Z97 TUF series is that it doesn’t have a M.2 PCIE slot which is supposed to be a common feature in Z97 motherboards.