A few days ago, Asus revealed an interestingly looking white graphics card which they called the Asus Turbo GTX 970, or others calls it Asus GTX 970 Turbo in White, via the company’s PCDIY site. The graphics card was revealed after the company has revealed the ROG Matrix GTX 980 Gold Edition 20th Anniversary. The news didn’t seem to be an April fool’s joke despite being teased on April 1. Asus didn’t reveal much except for the name of the card and the shroud design of the graphics card. The company promises to reveal more information on a later date. 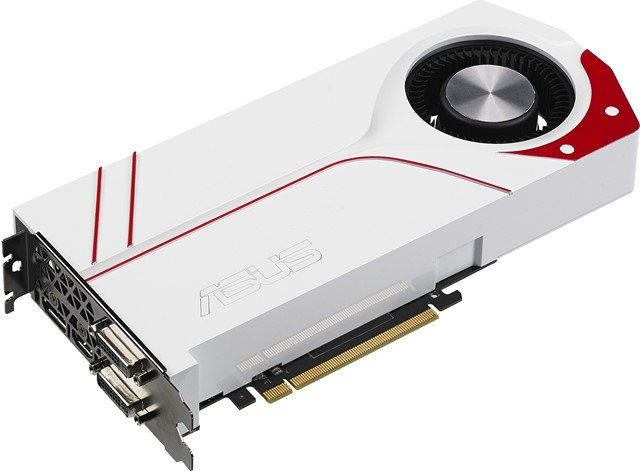 UPDATE: This graphics card is now available. See details below.

The Asus Turbo GTX 970 features a vanilla-looking white shroud with a minor red accent. Looking for the picture alone, it’s not clear if the Turbo will have a backplate support, but it would be a disappointment if it won’t have any backplate cover. It also features a smaller PCB, similar with the Asus GTX 970 DirectCU II Mini but it looks longer due to its blower-style cooler.

The company hasn’t officially revealed its base and turbo clock speeds, but expect the usual specs like 1664 CUDA cores, 256-bit memory interface, 4GB GDDR5 RAM (3.5+.5) and 7010MHz memory clock speed. It may or may not have the same clock speed with the STRIX 970 or GTX 970 DC2 Mini, but we expect that it will have a factory overclock settings. Some reports are saying that it will have 1088MHz base clock and 1228MHz boost clock speeds. At this point, it is also unsure if it will draw its power from a single 8-pin PCIE power connector or two 6-pin power connectors, but clearly it has two DVI ports, one DisplayPort and one HDMI port.

Hopefully, we will learn more about the Asus Turbo GTX 970 in the following days or weeks to come.

The clock speeds are a tad slower than the GTX 970 Strix. But I’m pretty sure you can still overclock this card.

You can order one from B&H Photo Video here. It comes with a retail price of $325.99 at the time this article was updated.