Corsair silently released an upgraded capacity for their Force Series MP510 NVMe SSD. The company added a 4TB capacity in addition to the existing 240GB~2TB capacities. Aside from the Corsair Force Series MP600 Gen4 SSD; the MP510 is the company’s high-performance storage drive for PCIe Gen3 x4 M.2 interface. Its performance is basically in the same territory as the WD Black SN750, or Seagate’s FireCuda 510; offering a sequential read speed of up to 3,480MB/s and sequential write speed of up to 3,000MB/s. Check out more details about the 4TB variant below. 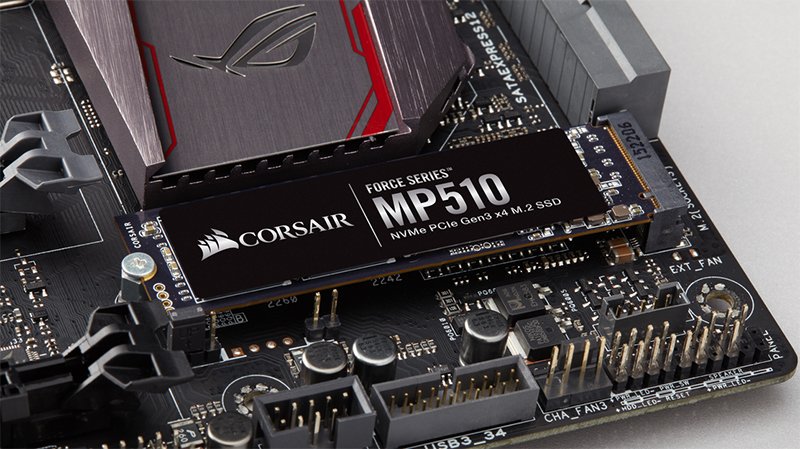 Larger SSD capacities tend to have a longer or higher endurance rating as well. The Corsair MP510 4TB capacity has a Mean Time Between Failure (MTBF) rate of 1.8 million hours and an endurance of 6,820 TBW or Total Bytes Written. The only figure that I am not sure of is its DWPD or Drive Writes Per Day. However, the 960GB and the 1920GB capacities has a DWPD of 1 and 0.9 respectively. Perhaps the 4TB capacity also has a similar DWPD rating.

The Corsair Force Series MP510 4TB is now available. The retail price is said to be almost $800 USD. Yes, it is expensive, as other 4TB M.2 NVMe SSDs are also price above the $700 price margin. Corsair is also offering a 5-year warranty for the MP510 series. For the latest pricing and availability, kindly check out the links below.