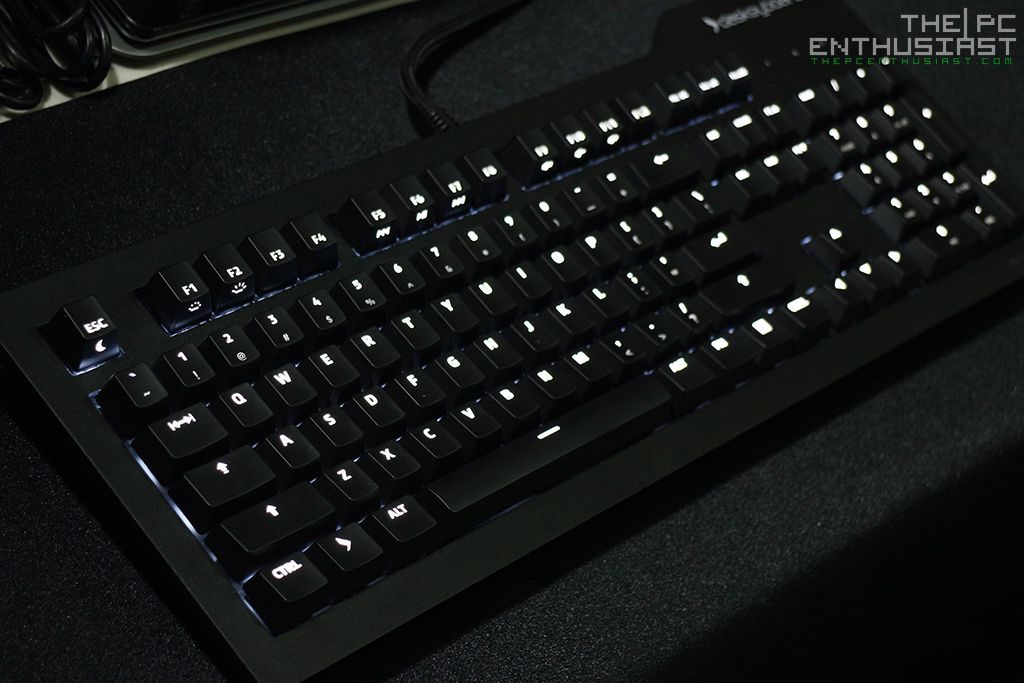 I was supposed to publish this review a couple of weeks ago, but decided to hold off a little longer to further test the keyboard. Fortunately, no LEDs got busted after a few weeks of use, unlike with some keyboards I have tried before. The feeling of typing with the Das Keyboard Prime 13 is pretty much the same with other mechanical keyboards using the same type of switch, Cherry MX Brown. It feels much better to pound the keys of the Prime 13 compared to a dome type keyboard; and among the other Cherry MX switches I prefer the Brown switch for writing or typing instead of other types of switch, and the Blue switch for gaming.

When choosing the type of switch, I think it is a matter of personal choice. Some say that the red switch is the best for gaming, but I beg to disagree since I don’t like the red switch either for gaming or typing at all. It’s just too soft for me and doesn’t feel good at all. In terms of the size of the key caps and the distance between each key on the Prime 13, I would say they are just about right. I can type on it accurately, hit the right keys that I want to hit and intend to hit.

The Das Keyboard Prime 13 is no gaming keyboard, since it lacks the features of a gaming keyboard. No RGBs, no macro keys or dedicated/remap-able keys and other functions or features that you usually see on a gaming keyboard. But it certainly doesn’t mean you can’t game with the Prime 13.  I’m currently using it to test some of the new games I recently acquired and I would say if you don’t need the extra functions or dedicated buttons, or extra features, you can certainly play games with the Prime 13, specially if you prefer the Cherry MX Brown switch.

Now, the Das Keyboard Prime 13 is using Cherry stabilizer for the wider keys like the shift keys, backspace, spacebar and etc. This makes removing or installing the key caps much easier compared to a Costar style stabilizer (which they used on their Division Zero X40). However, I noticed that the stabilizer is producing a rattling sound which was a bit annoying at first since I was coming from the X40 that has a Costar stabilizer. Not really a huge issue or a deal breaker, but it is something I noticed when I first hit the right shift key. 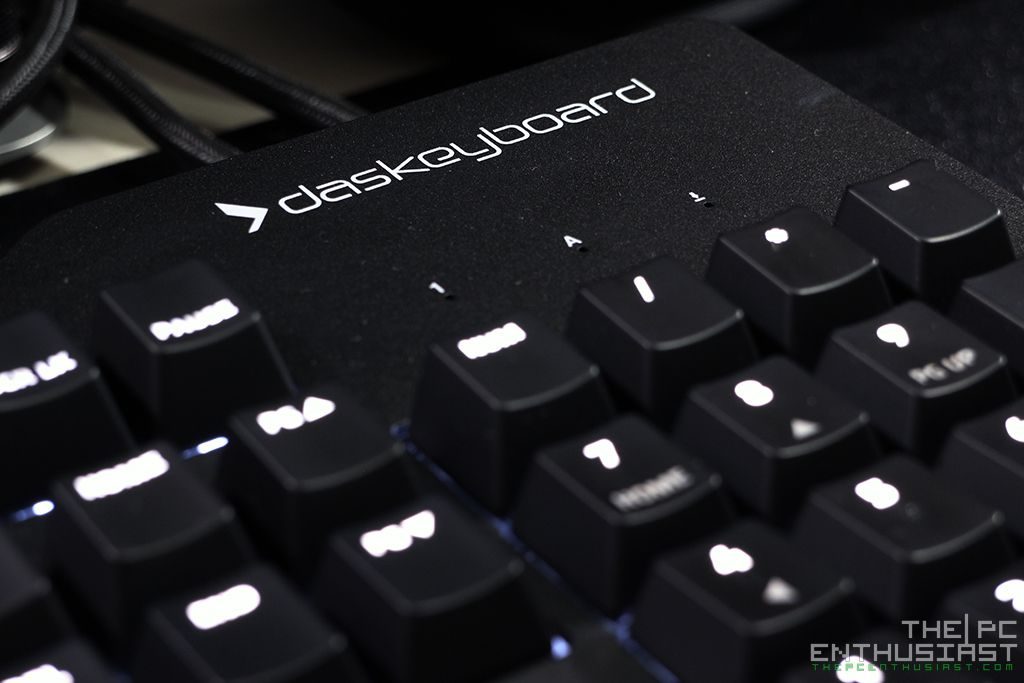 The Das Keyboard Prime 13 is a nice minimalist mechanical keyboard and with the Cherry MX Brown switches it is very much ideal for typing and professional use where accuracy and speed matters. Aesthetically speaking the Prime 13 looks clean and neat; it’s very solid, feels solid and the typing experience is simply satisfying.

I only have a few things to nitpick about the Prime 13; the USB 2.0 port to which I think a USB 3.0 would have been better, the small rattling sound produced by the Cherry stabilizer, and it’s a bit expensive considering the set of features (or lack of features). Although, I would prefer a Cherry stabilizer than the Costar since it’s much easier to remove and install the key caps and there’s a higher chance that you could break or damage the clips holding the metal bar on the Costar, thus damaging that key or making it feel odd when pressed.

Overall, the Das Keyboard Prime 13 is a good all-around mechanical keyboard. You get a professional looking and solid performing mechanical keyboard offering the essential things. It’s a minimalist keyboard and it doesn’t have extra features or fancy RBGs. But if you need a keyboard that simply works out of the box and gets the job done, the Prime 13 would be a good choice.

Today we are going to look at and review Ledger's latest cryptocurrency hardware wallet - the Ledger Nano X. If you stumbled upon this...
Read more
Accessories

If you're building a complete desktop tower PC with all the fans and (fancy) lighting incorporated inside the case; then you're probably wondering how...
Read more
Accessories

HyperX, a division of Kingston, is known for producing PC components and peripherals geared towards the PC gaming community. Today we are going to...
Read more
Accessories