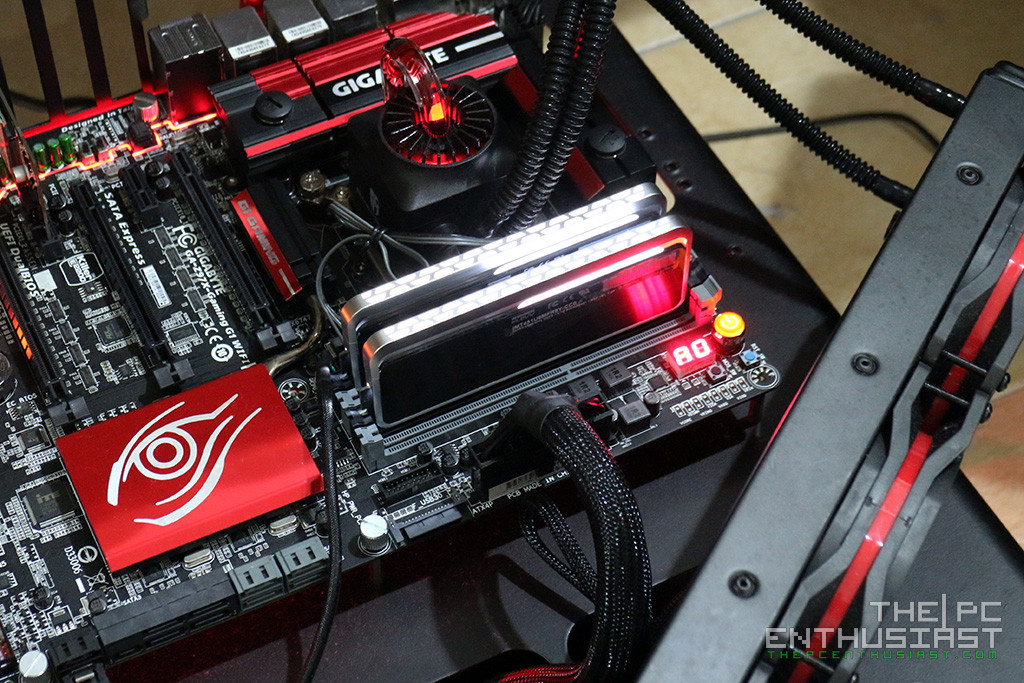 In testing the Deepcool Captain 360, I tested it with an Intel Core i7-4770K Haswell processor installed into a Gigabyte Z97X Gaming G1 WiFi BK motherboard. At the time the Captain 360 was tested, the room temperature was approximately around 29° degrees Celsius. I also used Thermalright’s Chill Factor III thermal paste during the test. Below are the rest of the specifications of the test bench.

Below are screenshots of the processor’s CPU-Z data. The screenshot on the left hand side, you see the CPU is clocked at 3.9GHz (Turbo), while on the right hand side the CPU is overclocked to 4.6GHz with 1.38 volts. 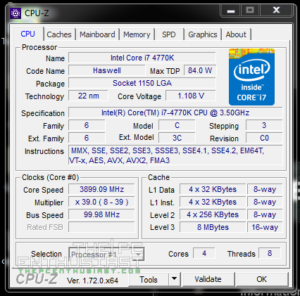 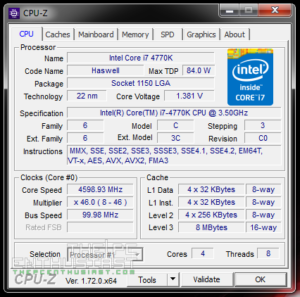 I took note of the CPU’s temperature while in idle to light load, and in full load at both clock speeds. The temperature you will see below were taken around 15 minutes after each test or scenario. In idle to light condition this includes the system doing nothing for several minutes, listening to some MP3 music, browsing the internet or just simple typing in MS Word. In the full load scenario, I used Prime95 to stress the processor to really bring up the heat.

In the idle to light scenario, the fans were running around 1,000 RPM (±100 RPM). The fan speed increased to around 2,200 RPM when I started to stress the CPU. When it comes to fan noise, the GF120s are silent at 50% or below speed. However at 100% fan speed, they do become audible, but not obnoxiously loud. These are not the most silent fans I have tried and tested, but they are not the loudest fans as well.

Since temperature fluctuates constantly, I’m not going to show you some graphs in this review like what you typically see in most reviews. Instead, I’m going to show you the actual screenshot of the Hardware Monitor’s reading during the four different scenarios. 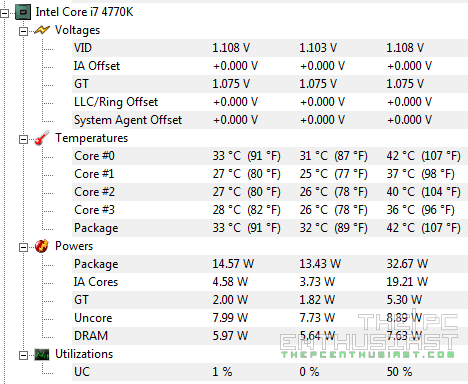 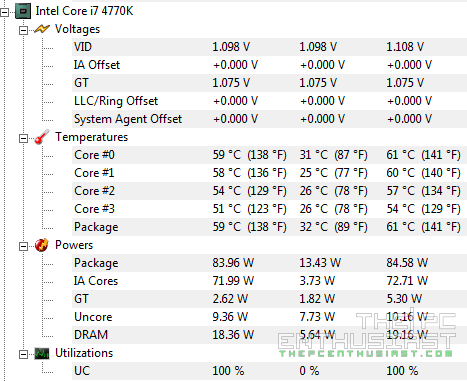 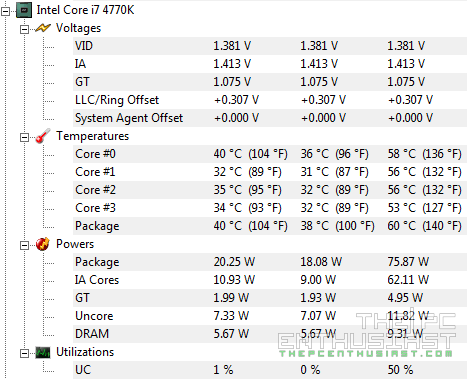 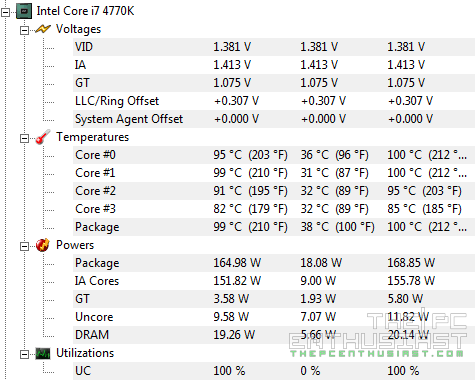 As you can see from the screenshots above, the lowest temperature I got with the Deepcool Captain 360 was around 32 degrees Celsius. The temperature increased up to 61 degrees Celsius when the Core i7-4770K was running at full load with a clock speed of 3.9GHz. That’s actually the turbo boost speed of the CPU. If your CPU is not overclock and is running around this clock speed or below. Most probably you will be getting the same temperatures as well.

Things get really hot when I overclocked the CPU to 4.6GHz with a voltage of 1.38V. Temperature during idle to light load was already around 40 to 60 degrees Celsius, and the temperature was playing within those values. But once the CPU was fully stressed with the help of Prime95, temperature rose up to 100 degrees Celsius. And we don’t want our CPU to be running at those temperature at all.

Nowadays, RGB has been the craze. Almost every part (if not all), accessory or component of a PC has RGB. Custom liquid cooling solution...
Read more
Coolers

Just because closed loop CPU water coolers, like the Corsair Hydro 105, are popular nowadays it doesn't mean that air cooling are obsolete or...
Read more