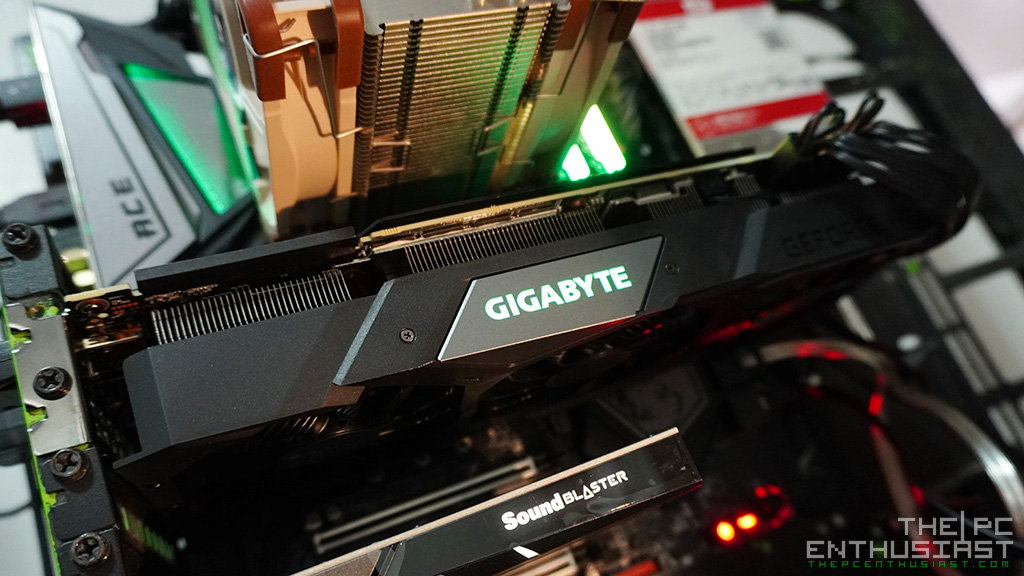 In testing and benchmarking the Gigabyte GeForce RTX 2070 Super Gaming OC 8G, the system I used is powered by an 8th Gen. Intel Core i7-8700K, overclocked to 4.9 GHz. The CPU is installed on an MSI MEG Z390 ACE motherboard. Below are the rest of the system specifications:

Below are GPUz and GPGPU screenshots of the Gigabyte GeForce RTX 2070 Super Gaming OC: 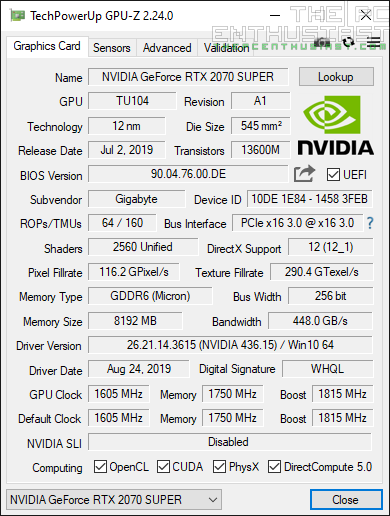 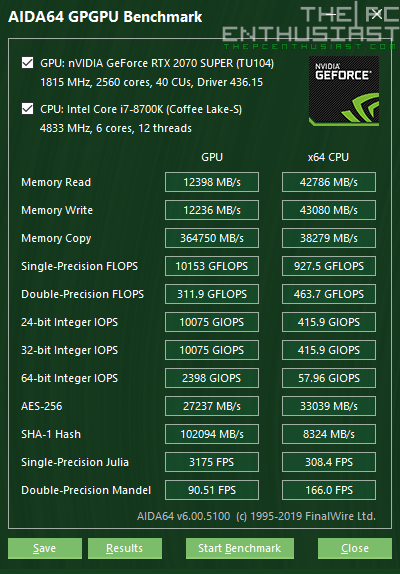 I haven’t tried Gigabyte’s WindForce cooling solution before. But I have heard that it’s a really good cooler design. When I started my stress test, I thought the fans on the graphics card were not spinning because I could not hear anything. I looked at the fans as see that they were all spinning properly. The fans were already spinning yet it was very silent, inaudible. I’m not sure if the alternate spinning design is the root cause, but I think it really works. I tried to feel the airflow on the graphics card with my palm and it does feel breezier compared to other graphics cards I have tested. No wonder Gigabyte has continued to use the alternate spinning, it simply works and I don’t think that it’s a gimmick. 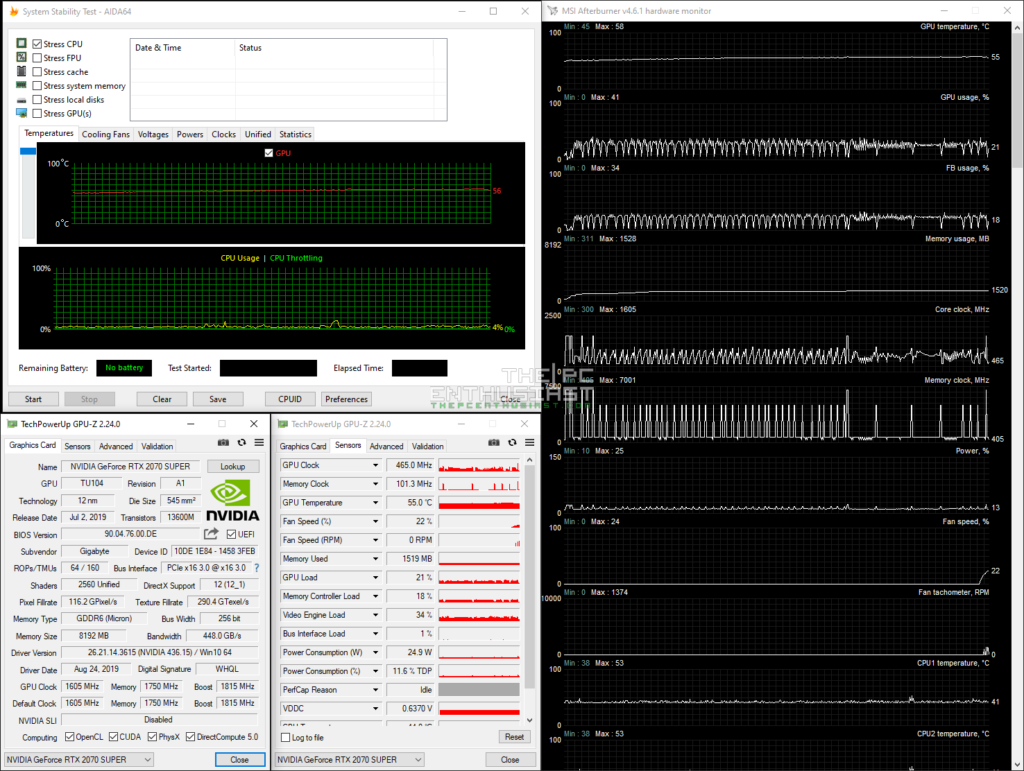 As for the temperature of the graphics card, on idle to light load situation (~41% GPU usage), it remained under 56° Celsius. The temperature is a bit higher because the GPU is passively cooled; meaning no fans were running unless it reaches a certain higher level of temperature. This is a feature pretty much similar with other higher end or premium graphics cards. 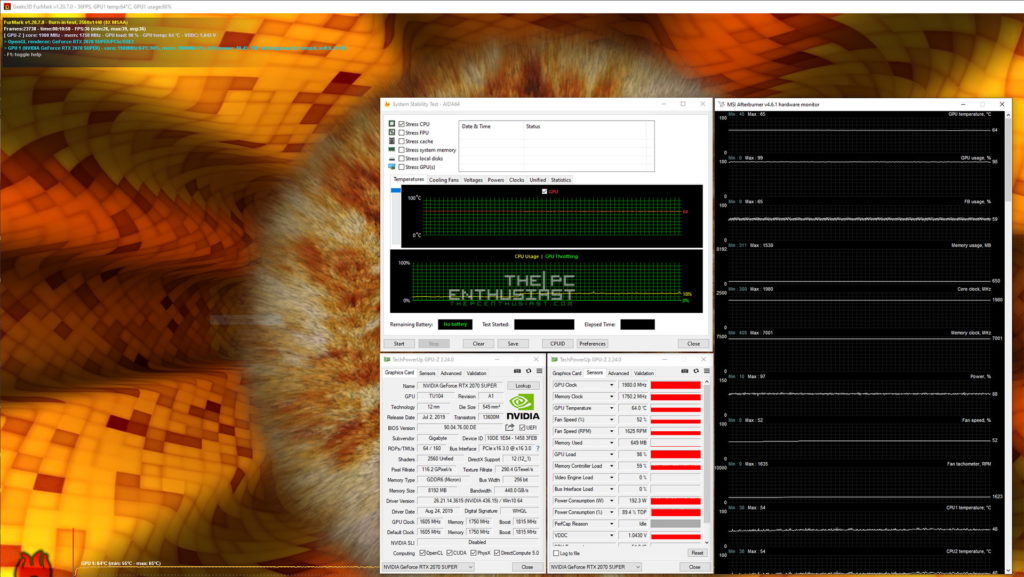 I was not really expecting that it would keep the GPU really cool under full load, but I was surprised to see that Gigabyte’s WindForce 3X cooling solution is doing a fantastic job. At full load, temperature was just hovering around 64° Celsius. That’s a few degrees cooler than MSI’ RTX 2070 Super Gaming X we previously reviewed. I thought that it would somehow get a little bit hotter than MSI’s, but I guess the tri-fan design with the alternate spinning did a really good job in sucking cool air to the heat sink and blowing the hot air away from the heat sink.

Now time to see the benchmark results that we got with the Gigabyte RTX 2070 Super Gaming OC on the next following pages.