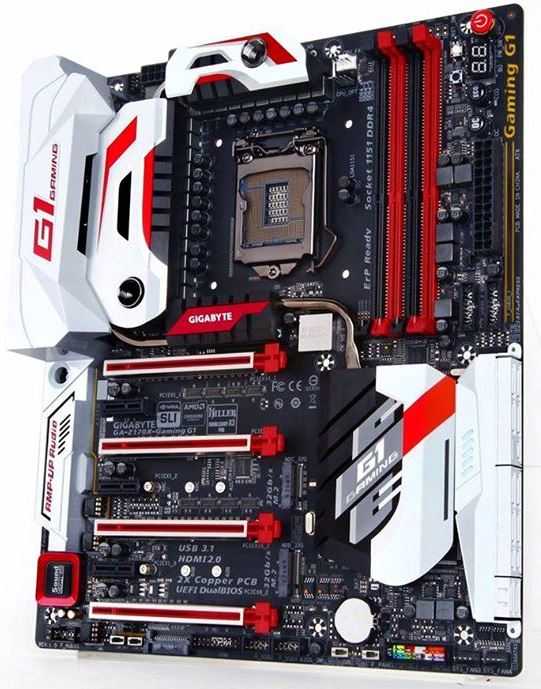 The Gigabyte GA-Z170X-Gaming G1 is the company’s upcoming flagship gaming motherboard designed to support Intel’s 6th Generation Skylake Core processors. Some of its highlighted features include the following: Truly, the Gigabyte Z170X Gaming G1 motherboard is something to really watch out for. Looking at the picture alone, the motherboard is screaming with features. Black and Red themed motherboards usually blend with your casing, specially if you have a black casing. But this one, it wants to be noticed and wants to show off itself. There is one thing that I failed to see in this flagship motherboard. I wonder where Gigabyte placed the WiFi component. I’m pretty sure it will have a WiFi/Bluetooth component, since their current flagship GA-Z97X G1 Gaming WIFI BK has one (although it’s an add-in-card). I hope so, otherwise it would be a disappointment if the flagship motherboard didn’t have WIFI connectivity. Next in the Gaming series is the Gigabyte Z170X Gaming 5 motherboard. We don’t see the white shroud and heatsink anymore; instead the dominant color in this motherboard is black and red. The heatsink design looks simple as well. The Gigabyte Z170X Gaming 5 features three PCIE x16 slots with Ultra Durable Metal Shielding, 4x PCIE x4 slots and even fewer SATA ports. However, it does have two M.2 PCIE slots, an AMP-UP audio component, and it looks like it has an 11 (or 12) phase power design. Finally, at the bottom of the Gaming series is the Gigabyte Z170X Gaming 3. It still features a black and red color scheme, but the heatsink design is somewhat different compared to the Gaming 5’s heatsink. It’s more subtle and simple, and honestly I think it looks better compared to the heatsink design on the Gaming 5. The board only has 7 (or 8) power phase design and it doesn’t have any debug LED code or onboard power/reset buttons either. 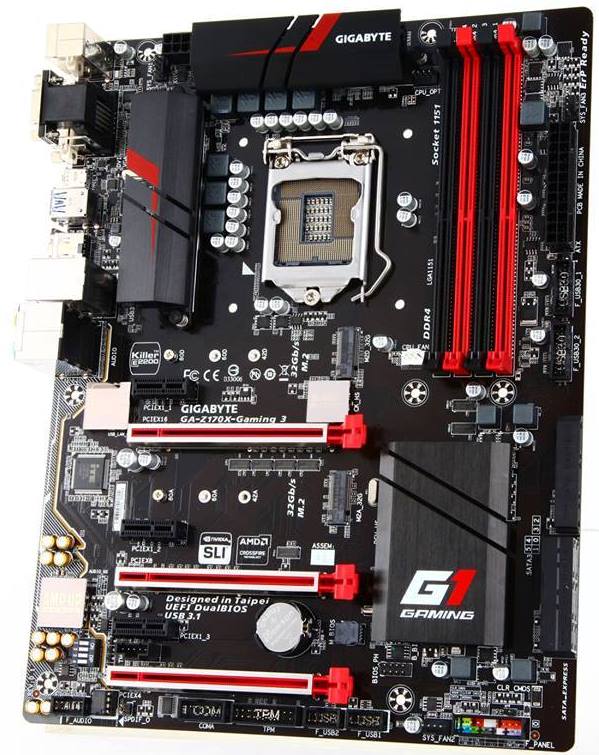 Basically, what you get with the Z170X Gaming 3 is the just basic features of a gaming motherboard and should be enough specially if you are in a tight budget.

Expect that these new Gigabyte Z170X Gaming motherboards will be released as soon as Intel officially launches the Intel 10 series chipset together with the 6th Generation Intel Core Skylake processors.