Intel, at GDC, revealed the next generation Intel processors based on the Haswell architecture, codenamed – the Intel Devil’s Canyon. The next generation Intel Devil’s Canyon processors basically features improved Thermal Interface Material (TIM), located between the CPU’s die and the Integrated Heat Spreader (IHS), updated packaging materials and is supported by the new Intel 9 Series chipset. The Devil’s Canyon is said to address the disappointment of many PC enthusiasts and overclockers with the Ivy Bridge and Haswell processors because of the high temperature it produce (due to poor TIM), and poor overclocking capability. Lisa Graff, Intel’s new GM and VP for Desktop Client Platforms Group, was the speaker and the one who introduced the next generation processors. According to her, the Intel Devil’s Canyon is expected to have a very nice performance compared to the first generation Haswell and Ivy Bridge processors. It is basically “re-engineered for enhanced performance and overclocking”. Graff didn’t mention any particular SKU model, so there is no telling that the recently rumored Intel Core i7-4790K is indeed the Devil’s Canyon. When questioned, she also refused to disclose any information regarding the recently leaked prices for the non-K SKUs, like the i7-4790, i5-4690, i5-4590 and so on. But something tells me that the Intel Core i7-4790K is (or one of the) Devil’s Canyon processors, featuring 4 cores/8 threads, 3.6GHz base and 4GHz boost speed and an 8MB L3 cache.

It is expected that the new Intel Devil’s Canyon will be released by mid-2014. Probably Intel will have an event this coming June to officially unveil the next generation Haswell Refresh and Intel Devil’s Canyon processors. So what does this mean for those who are coming from Sandy Bridge or Ivy Bridge, or even 1st gen Haswell? For those who are coming from previous generations, like Sandy Bridge, and Ivy Bridge or even 1st gen Haswell, I think it is best to wait for the Z97 motherboards to be released this coming April or May, and wait for the new Devil’s Canyon processor before upgrading.

The Intel Core i7-4770K is only around $299.99, and it’s very tempting to upgrade right now and pair it with a good Z87 motherboard like the Asus Maximus VI Hero which is only $198.99. But a few of months or weeks from now, the Z97 motherboards and next generation Devil’s Canyon processor will be released.

Aside from the Devil’s Canyon and Broadwell, Intel will also be releasing an Intel Pentium Anniversary Edition processor, in line with its 20th anniversary celebration. The said Pentium processors are unlocked, meaning they can be overclocked using a Z87 motherboard.

Intel Pentium processors are very cheap, and if they can be overclocked to a good and stable higher clock speed, this could be a good/cheaper alternative for gaming machines.

I’m hoping that motherboard manufacturers will reveal their Z97 motherboards soon and I am looking forward to the performance difference between the Intel Core i7-4790K vs Core i7-4470K. 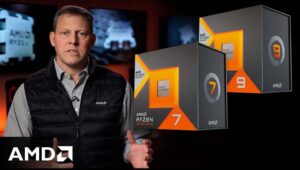