PCIe SSD is starting to replace the commonly known SATA-based SSD. PCIe SSDs are definitely faster than the SATA SSDs, breaking the boundaries of 6Gb/s. Kingston Technologies recently launched their HyperX Predator PCIe SSD featuring a Marvell 88SS9293 controller. We’ve seen PCIe SSD before (the Plextor M6e) but Kingston’s HyperX Predator just looks much better. Aside from good aesthetics, it’s able to reach speeds of up to 1400 MB/s read and 1000MB/s write. It’s also bootable via standard AHCI drivers, and it’s a PCIe Gen 2 x4 interface in an M.2 form factor. There’s also an optional half-height, half-length adapter. Check out the rest of its features and specifications from the official release below. 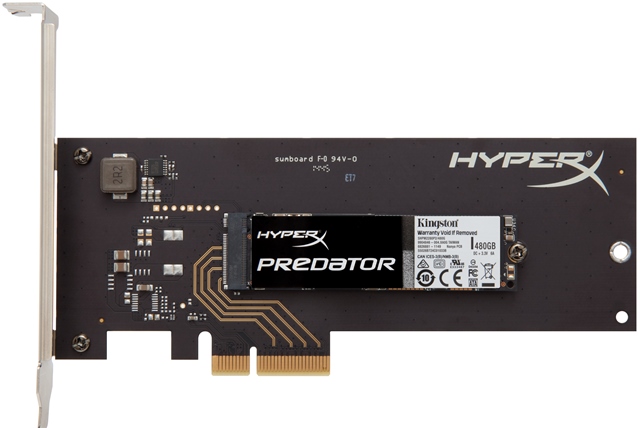 The Kingston HyperX Predator PCIe SSD offers large capacities (240GB, 480GB) and incredible speeds to take systems to the edge. A 960GB version will ship in later Q1/Q2. Faster than SATA-based SSDs, the generation 2.0 x4 interface delivers speeds up to 1400MB/s read and 1000MB/s write for ultra-responsive multitasking and an overall faster system. It is powered by the Marvell 88SS9293 controller. The M.2 form factor ensures next-generation platform support with an M.2 PCIe slot. An optional half-height, half-length (HHHL) adapter is also available for many existing motherboards without an M.2 socket. The HHHL adapter comes with both standard and low-profile brackets to fit in slim profile desktop builds.

Lawrence Yang, business manager, HyperX said: “HyperX is happy to soon unleash its fastest HyperX SSD to date. The PCIe form factor showcases extreme speeds while processing both compressed and uncompressed data,” “We worked closely with Marvell to engineer this HyperX Predator PCIe SSD for higher performance and it more than delivers through its ultra-responsive multi-tasking and faster system performance.”

HyperX is the high-performance product division of Kingston Technology encompassing high-speed DDR3 memory, SSDs, USB Flash drives, and headsets. Targeted at gamers, overclockers and enthusiasts, HyperX is known throughout the world for quality, performance and innovation. HyperX is committed to eSports as it sponsors over 20 teams globally and is the main sponsor of Intel Extreme Masters. HyperX can be found at many shows including Brasil Game Show, China Joy, DreamHack, gamescom and PAX. 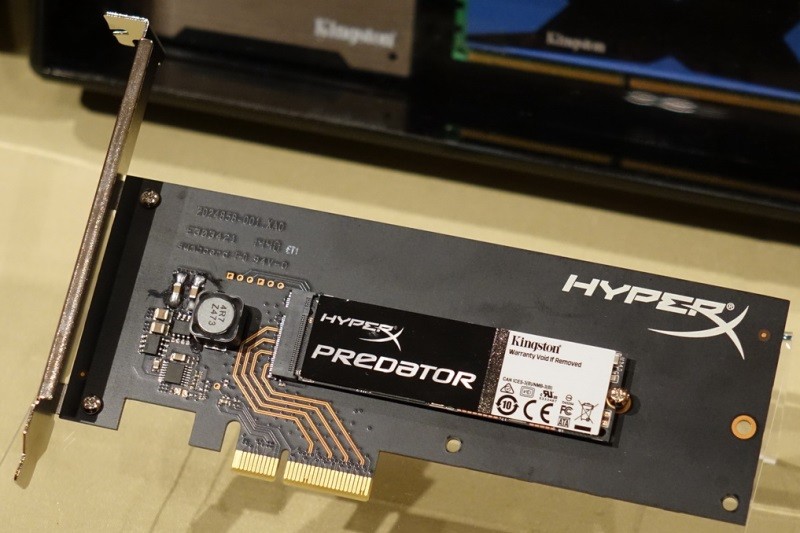