The Lamptron CF525 is basically the successor of the company’s classic and powerful FC2. The CF525 doesn’t feature any LED display, but it feature 5 channels and can deliver up to 60w per channel for a total of 300w. The CF525 is so powerful that it can control 10x (2 fans per channel) Delta AFB1212GHE-CF00 fans at full speed at the same time. This also means that if your fans are not as power hungry as the Delta fans, you can connect more fans per channel as long as it’s within the rated 60w/5A per channel.

The Lamptron CF525 is very much a straight forward product, so let’s take a closer look at the CF525 below, as well as its technical specifications.

Note: Recommend PSU wattage is 700w or higher. It is imperative that no molex multipliers are used to plug in the 3 molex adapter supplied. The Lamptron CF525 comes in a simple packaging. There’s a bull in front of the box, I guess the company is trying to relate the bull to the CF525. Printed on the back of the box are the fan controller’s features and specifications. Simply slide the first layer of covering and it will reveal another box which contains the product itself, together with its accessories. The Lamptron CF525 comes with a manual, 4 screws, and the cables you need to power the fan controller and connect your fans. You might need splitters if you plan to install more than 5 fans. All the cables are sleeved giving it a nice clean look. There are five knobs which controls the channels. These knobs have a nice feeling when you turn them. You will feel a click when you switch a channel on, and you will feel a small amount of resistance or force as you turn it. Above are photos of the top and bottom view of the CF525.  Just look at those circuitry, you won’t be seeing that kind of circuitry in a sub $50 fan controller. The bottom is protected by foam to avoid damaging the PCB from underneath. The Lamptron CF525 features a 25 Amp ATC fuse which can easily be replaced in case you blew it up. It draws its power from an 8-pin PCI-E power connector, but you can also use the included 3x 4pin molex to 8-pin connector as well. From this angle, you can also see the five 3-pin fan headers (obviously no PWM capabilities). The other two 4-pin connector (channels 1 and 5) are for fans with molex connectors.

Again, I would like to emphasize the company’s instruction that “it is imperative that no molex multipliers are used to plug in the 3 molex adapter supplied.” Now let’s put the CF525 to the test.

Unfortunately, I do not have Delta fans on my lab to really push the Lamtron CF525 to its limits. In testing the CF525 I used two each of the following fans:

These fans don’t consume a lot of wattage and they have rather low Watts/Amps as well. I’m also using a 650W PSU only since my test setup wasn’t connected to a running system. As expected, the Lamptron CF525 did a great job in driving all the ten fans to its maximum speed. I did not encounter any problems or issues along the way. And I guess the CF525 wasn’t even put under stress.

Unlike other fan controllers, I was able to precisely control the fans’ speed. Too bad it didn’t have a display so that we can also see the RPM reading as well. I let it run for several hours at max speed and I only stopped when one of NZXT’s fans tripped and smashed its fan blades as it hits the hard drive in front of it. That’s actually the fan used in the Kraken X60. As of today, I am still using the CF525 and it’s still perfectly in good condition. I guess there are only a very limited number of people who can really max out its potential. But the good thing is you can connect more fans per channel specially if the fans you are connecting have lower wattage/amps requirement.

Below is a video from Lamptron where they connected 10 Delta fans with the CF525 to demonstrate it power.

The Lamptron CF525 has a manufacturer’s suggested retail price of $69.99, but I’m having a hard time finding a retailer or store selling at that price. The cheapest I could find is currently priced at $89.95 at the time I posted this review. Well, if the $20 price increase doesn’t bother you, then by all means go ahead and grab one.

If you think that the 60w per channel is rather overkill for your setup, and you need a fan controller that displays both RPM and temperature, check out the Lamptron FC5 v3 fan controller instead. I think the FC5 v3 would be more appealing to more users. It’s only $94.97.

The Lamptron CF525 is without a doubt a good solid performing and powerful fan controller. Construction wise, it’s pretty solid and the aluminum brushed front panel, including its knobs, looks great. I also couldn’t find any cons about the product. Probably the only con I can think of is its current retail price. Lamptron did announced that it will have a manufacturer’s suggested retail price of $69.99. Unfortunately it’s hard to find a store or online store selling at that price.

Also I don’t think the CF525 is well suited for most users and enthusiasts. If you don’t have lots of fans in your system, or if you don’t have a water cooling setup that is cooled by high performing fans like the Delta, I suggest you look for something else. For most users I believe the Lamptron FC5 v3 would be more appealing. It has 6 channels that can handle 30w per channel. It also has an LCD display that shows information like RPM, temperature and voltage. I’m pretty sure that would be enough for most users who uses fans from Noctua, Corsair, Cooler Master and the likes. Most silent mainstream fans do not require a huge wattage or ampere like the Delta.

I think the Lamtron CF525 targets a specific audience and would be well suited for extreme users. Nevertheless, if you’re not an extreme user but you still want to try out the power of the CF525, then go ahead. I don’t have any problem recommending the CF525 to anyone looking for a powerful and straight forward fan controller. 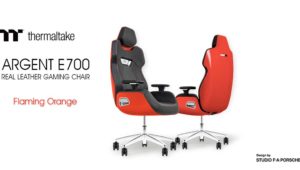 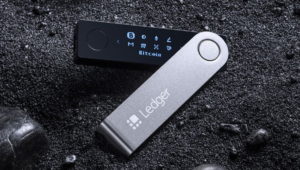