Basically NVIDIA released two new graphics cards to combat AMD’s new RX 5700 XT and 5700 graphics cards. They released the SUPER cards a few days before AMD could officially release theirs. So, what’s new with these SUPER cards? Generally speaking, there’s nothing new except for slight change in specs, improved and faster performance from their predecessors.

Unfortunately, we don’t have an RTX 2070 or RTX 2070 Super, or even AMD’s RX 5700 (XT) to compare the RTX 2060 Super with. Hopefully, we might acquire them soon so that we can better compare these new mid-tier graphics cards.

Going back to the RTX 2060 Super, the graphics card that we have here is the MSI GeForce RTX 2060 Super Gaming X. It’s the company’s best RTX 2060 Super card they can offer. It features a slightly higher boost clock speed vs. the Founders Edition or reference model. It also comes with a better and gaming-centric cooler design and aesthetics.

Check out its full specifications below and after that we’ll take a closer look on the graphics card itself. The box of the MSI RTX 2060 Super Gaming X looks very similar with its other graphics card that features the same cooler design. One thing that is really new here is the word “SUPER”, after the RTX 2060. Nevertheless, MSI’s packaging is very nice, aesthetically pleasing and the box itself is sturdy. Above you can see the front and back view of the MSI RTX 2060 Super Gaming X. The cooler shroud is made out of plastic and it does have RGB lighting. While the back plate is metal with an aluminum brushed texture. This graphics card features MSI’s Twin Frozr 7 thermal design, with Torx 3.0 fans and Zero Frozr feature – meaning the fans stop when the card is in idle or light load. 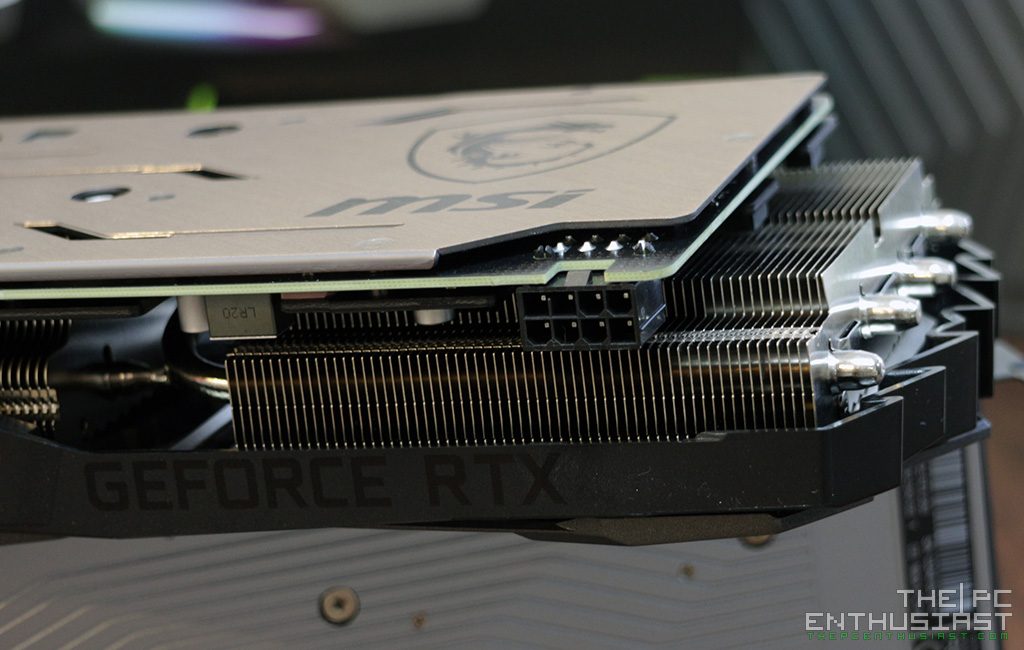 As you can see from its sides, the graphics card features a decent amount of aluminum heat sink. It’s necessary to keep the GPU cool even when the fans are not running. Below the Gaming X is the RTX 2060 Founders Edition for comparison.

Let’s proceed to the next page for the test setup, noise and temperature of this graphics card.