One of the major problems of the Intel Hawell processors is its poor packaging and the thermal compound used between the die and heat spreader. As a result, many enthusiasts and overclockers are left with a dangerous decision to delid their Intel Haswell processors. Luckily, MSI’s upcoming next generation motherboard – the MSI Z97 XPOWER AC has a unique socket mounting that supports and lets you install a delid processor. This is only one feature we are expecting to see in the Z97 XPOWER AC and MPOWER MAX. Check out the rest of the features below. 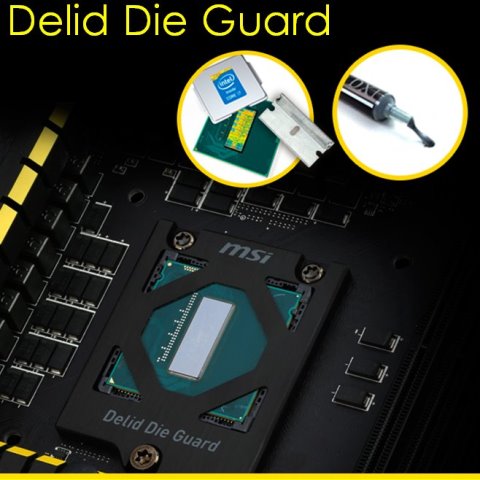 The MSI Z97 XPOWER AC features a so-called Delid Die Guard, where you can mount a delid Haswell processor directly into the socket (without damaging the die), and cool it off with any type of cooler that you have. Since there is no heat spreader between the CPU cooler and the die, the heat emitted by the processor is then immediately absorbed by the CPU cooler. This will result into lower temperatures and will yield better and higher overclocking potential.

This is an answer to my question before. If deliding the processor will produce better results, why not remove the heat spreader and cool the die directly, just like in graphics card? Unfortunately, the currently Z87 motherboards doesn’t support delid processors, that’s why you have to return the heat spreader after applying a better thermal compound. I’m just not sure if MSI will provide you with the tools, or the razor to delid your processor, but as far as I know, deliding your processor is very dangerous and voids warranty. Nevertheless, I’m glad that MSI included this feature in their next generation motherboards.

Just a thought though, if this becomes a hit, other motherboard manufacturer might include a similar feature in their Z97 motherboards. And we might probably see in future Intel CPUs without a heat spreader. Well, enough with the Delid Die Guard. Another feature of the MSI Z97 XPOWER AC is the OC Engine where you can boost the base clock of the next generation Haswell processor, resulting into a more or less 30% gain. It will also feature V-Check Points 2 where you can directly connect the motherboard up to 3 multi-meters simultaneously for more monitoring options. 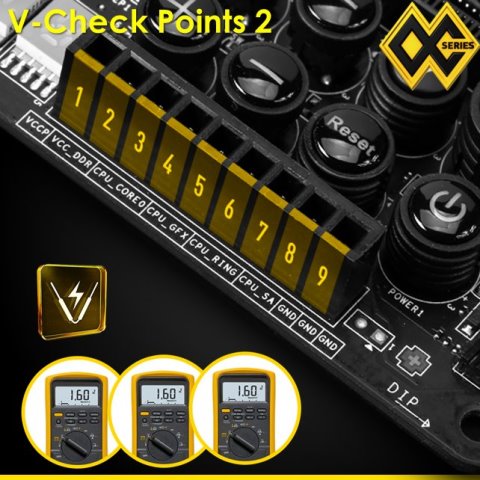 Meanwhile, the MSI Z97 MPOWER MAX is probably the flagship motherboard. I’m not sure if it will also feature a Delid Die Guard, hopefully it will also. Some of the specifications of the MSI Z97 XPOWER MAX where previously teased, thanks to Hardware.Info. It is reported that it will have a 12 Phase power design and draws its power from an 8-Pin and 4-Pin power connector. There’s another 6pin power connector near the PCI E slots for a more stable multiple graphics card configuration. There are also 3x PCI-E 3.0 x16 slots and 4x PCI-E 3.0 x1 slot. It will have 8 SATA 6 GB/s ports for storage devices and will also feature an M.2 PCIE SSD port located near the PCIE slot.

The integrated M.2 PCIE SSD slot is probably not a unique feature in MSI’s next generation motherboard. I think it will be a default feature in most of the upcoming Z97 motherboards. Asus is already using the M.2 NGFF port via their mPCIE Combo found on some Z87 ROG motherboards like the Maximus VI Formula, Gene and Impact.