Fans are an essential part of every desktop PC. It cools your system, it sucks in cool air and exhaust heat produced by the PC components. But fans are not made alike. There are stock fans, there are premium fans and the noisy high performance fans. Today let’s take a look at the Noctua NF-S12A fan series, a 120mm premium case fan offering super silent case cooling. The NF-S12A has three variants, the PWM, the FLX and ULN. Let’s get to more about them below and find out if this would be your next case fan. The Noctua NF-S12A Fans consist of three different types, the PWM or Pulse With Modulation, the FLX or the Flexible variant, and the ULN or Ultra Low Noise variant. The NF-S12A PWM, just like any other PWM fans, can automatically adjust its fan speed depending on the temperature. You don’t need any fan controller or adapter to adjust its speeds. Meanwhile, the NF-S12A FLX on the other hand has a constant speed, and you need to use the Low Noise Adapter or Ultra Low Noise adapter (which is included in the package) to set the desired fan speed. And the last is the NF-S12A ULN, which is the most silent amongst the three.

All the three fans in the Noctua NF-S12A series feature Anti-Stall Knobs in their fan blades, together with the Advanced Acoustic Optimization Frame or AAO Frame which improves the airflow and lowers the noise. It also features Stepped Inlet Design, Inner Surface Microstructures, SSO2 Bearing, a Metal Bearing shell and integrated anti-vibration pads. But only the PWM variant features Noctua’s very own NE-FD1 PWM IC that integrates Smooth Commutation Drive technology for quieter operation and allows for ulta-low power consumption. Now let’s take a look at the detailed specifications on each fan in the table below, and after that we will have a closer look on the NF-S12A fans themselves.

As you can see from the table above, the PWM and the FLX variant has the highest rotational speed, meaning it produce more air pressure than the ULN variant. But the ULN variant, despite its low air pressure, is the most silent amongst the three and consumes lesser power as well. Now let’s take a closer look on the NF-S12A’s packing and the fans themselves. The Noctua NF-S12A features a very nice packaging. I own several premium and branded fans, but Noctua’s packaging is better. The box of the fans has a flip covering on both sides. The flip contains a detailed explanation about the fan’s features. Everything you need to know about the fan can be found in the box. You also get to see the NF-S12A’s fan blades through the see-through plastic covering together with three anti-vibration rubber bolts (there are actually four, the other one is just hidden). When you get a Noctua NF-S12A premium case fan, you also get a set of accessories, depending on the type of fan that you got. Basically there are four anti-vibration bolts, four case fan screws, and several adapters like the Low Noise Adapter and Ultra Low Noise Adapter. The Noctua NF-S12A fans sports the brown and light flesh color theme. All of Noctua’s fans have this color theme and it has become a trademark of their product. One look at the fan and you’ll now it’s a Noctua fan. If you noticed there are three tiny bumps on each fan blades. They are the Anti-Stall Knobs that reduces flow separation phenomena in medium to high impedance situations and thus increase the fan’s stall margin. If you noticed there are also lots of small dents in the frame of the NF-S12A, these are the Inner Surface Microstructures. They reduce the blade passing noise and improved airflow and pressure efficiency Here are pictures of the rear portion of the fans. There are no stickers or anything on the flan blades that might affect its performance. Instead Noctua, placed its logo on the rear covering. You can also tell what type of fan it is via the printed name on its back, and other information such as the fan’s voltage, wattage and amperes. The Noctua NF-S12A also features an Advanced Acoustic Optimization Frame (AAO Frame for short) that has integrated anti-vibration pads, as well as Noctua’s proprietary Stepped Inlet Design and Inner Surface Microstructures, both of which further refine the fan’s performance/noise efficiency. The cords of the NF-S12A fans are also covered with braided covering that are sealed with heat shrink tubes at the ends. Some of you might not want the color scheme, but the build quality of these NF-S12A fans are truly a work of superb craftsmanship. In testing the Noctua NF-S12A I used the following setup: As you can see from the setup above, the Noctua NF-S12A stands out from the rest of the components. The Noctua NF-S12A is not a high performance fan, and honestly I could throw in low temperatures in this review to impress you about its performance. But I don’t do that, what I experience with every product that I review is also what I report. The NF-S12A isn’t a high performance fan. Instead they focused on aesthetics and low noise operation.

Noctua NF-S12A as a Case Fan
The PWM, FLX and ULN can be perfectly used as a case fan. The PWM and FLX are already silent fans, but if you really want something that is ultra-quite, then use the ULN variant. When compared to a stock fan, the PWM and FLX perform better at 1,200 RPM. But don’t expect the ULN to perform way better than some stock fans. The ULN is all about silence. I couldn’t hear anything at all coming out from this the ULN fan. And I could also feel that the air pressure is pretty much weak compared to the PWM and FLX.

Noctua NF-S12A as a CPU Cooler Fan
I would not recommend that you use the ULN variant since it doesn’t produce much airflow unlike the PWM and FLX. The FLX is a good fan, but it runs on constant speed. Unless you have a fan controller, you can only control the fan speed by using the adapter included in the package. Obviously the NF-S12A PWM is the best option when you want to use it for CPU cooling. In idle modes, the PWM adjusts automatically to lower fan speeds. Meanwhile it goes up to 1200 RPM when temperature starts to rise.

Now for users who overclocks their CPU regularly or if you want to do some benchmarks, I wouldn’t recommend that you use the NF-S12A to cool your CPU heatsink. You will need a high performance fan, like the Noctua NF-F12. This fan is really designed to cool heatsinks and radiators. I just hope we can have samples of the NF-F12 soon.

Noctua has done a really good job with the 120mm fans. They pay attention to every detail and the craftsmanship of their products. The Noctua NF-S12A premium case fan is a great replacement for stock case fan. They perform better (and may even look better) than stock fans, plus they are extremely quite during operation. The NF-S12A PWM can also be used to cool CPU heatsinks (or even 120mm / 240mm radiators). But use them only if you are not overlocking your CPU or if your system is not in a high performance state. Otherwise, the fan will have difficulty cooling the heatsink. If you do overclocking or your system is always on high performance mode, I would recommend that you use the Noctua NF-F12 instead. Another plus factor about the NF-S12A is that since they operate on lower RPMs, they consume less power. For people who are looking for an energy efficient fan, the NF-S12A series is definitely a fan you must consider.

Overall, the Noctua NF-S12A is great premium case fan. I know some of you don’t like its color, but I would not even suggest that you spray paint it either. Painting it would defeat its design’s purpose and might cause imbalance to the fan blades. Until now, I use the ULN for rear exhaust and the PWM and FLX for air intake. Aside from the ultra-silent operation, the Noctua NF-S12A is also back with 6 years warranty, making this fan worthy of the PC Enthusiast’s Editor’s Choice award. 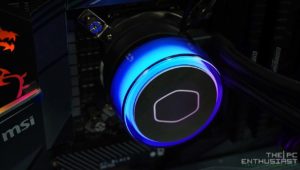 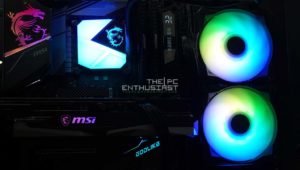 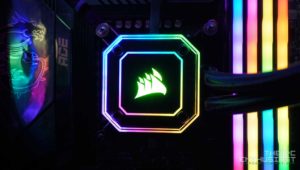