Earlier this year NVIDIA released their latest generation of Graphics card including the GTX Titan and the new GTX 700 series. Despite the high price tags on NVIDIA’s graphics cards, it clearly defeats AMD lineup. But that all changed when AMD officially unveiled their latest “Hawaii” R9 lineup, not only that performance is better than NVIDIA’s card, but they are also cheaper. To combat the new AMD Hawaii card, NVIDIA cut prices on some of their GTX 700 cards and some GTX 600, and now they recently announced the GeForce GTX 780 Ti that will combat the AMD Radeon R9 290X. 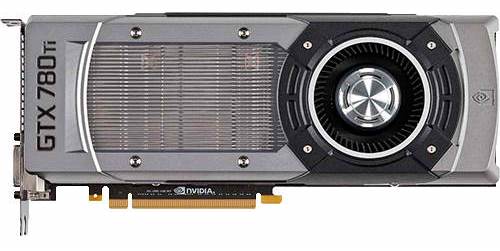 The NVIDIA GeForce GTX 780 Ti, in a gist, is said to be faster than the GTX 780 and consumes less power. Most probably it will be on par or more powerful in terms of performance vs the Radeon R9 290X. It will use the same GK110 chip, like in the GTX Titan, and will have features such as NVIDIA G-Sync, GameWorks, ShadowPlay, LiveStreaming and GameStream. NVIDIA hasn’t revealed the GeForce GTX 780 Ti specifications yet, but it will have more cores, SMX or higher memory or bandwidth than the GTX 780. Most probably it will have features or specifications similar to the GTX Titan (only strip down) or the NVIDIA Quadro K6000.

Just a thought, if NVIDIA plans to compete with AMD’s Radeon R9 290x using their latest GeForce GTX 780 Ti, most likely the price would be lower or just in the same price range. Otherwise, if performance difference is not that high and the R9 290x is still cheaper than the GTX 780 Ti, PC enthusiasts and gamers might still choose the R9 290x.

I’ll update this post once the detailed specifications of the GTX 780 Ti have been released.