The NVIDIA GeForce GTX Titan Z is NVIDIA’s upcoming high performance, top tier and latest graphics card featuring dual GPU. Recently its performance figures and some specifications were revealed / leaked from some Chinese retailer via Guru3D. The leaked slides revealed that the GeForce GTX Titan Z would have a base clock of 705MHz and Turbo Speed of 876MHz. It has a total of 5760 CUDA Cores and will consume power up to 375W. Check out the rest of the details below. The leaked slides of the NVIDIA GeForce GTX Titan Z also reveals that it will have 8.1 Teraflops single precision Floating Point and 2.3 Teraflops of double precision Floating Point. It will have 12GB of GDDR5 memory with an effective memory clock speed of 7000MHz running on a 768-bit memory interface. The card has two DL-DVI connector, an HDMI port and DisplayPort 1.2. It can accommodate up to 4 UHD or 4K monitors simultaneously. 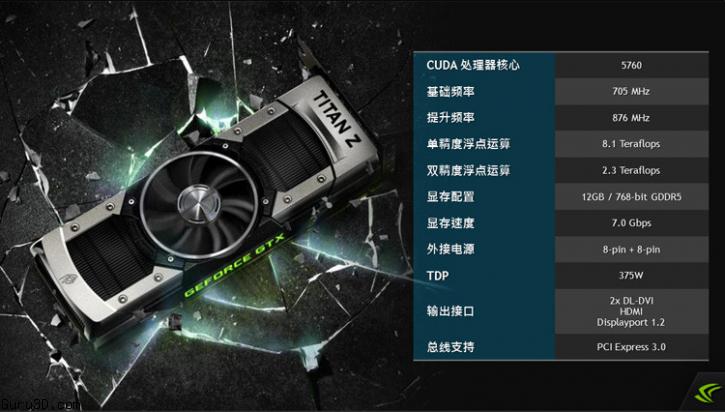 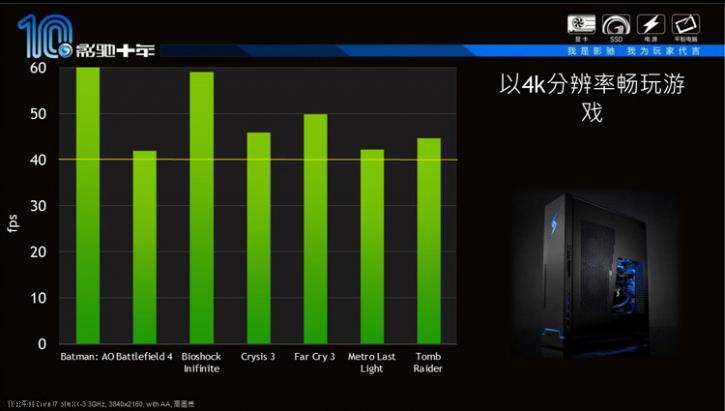 But the question is, is the GeForce GTX Titan Z worth it for gaming specially that it cost $2,999 USD? That’s already equivalent to two Radeon R9 295X2. Take note that when the GTX Titan Z was first revealed, the card was not targeted towards the mainstream users and PC gamers. Instead it was geared towards creative professionals.

Recently, there were news circulating that NVIDIA delayed the release date of the Titan Z. I don’t recall an exact reason why, but a rumor was also circulating that the company delayed the Titan Z just to be sure that it will be faster than AMD’s Radeon R9 295X2 Vesuvius Dual GPU graphics card. If you can recall, Asus recently revealed their GeForce GTX Titan Z. But that press release was immediately recalled or “unpublished”.

UPDATE: On another news, the GTX Titan Z is rumored to be released this coming May. There’s no exact date when on may, but some say it with be on the 8th.