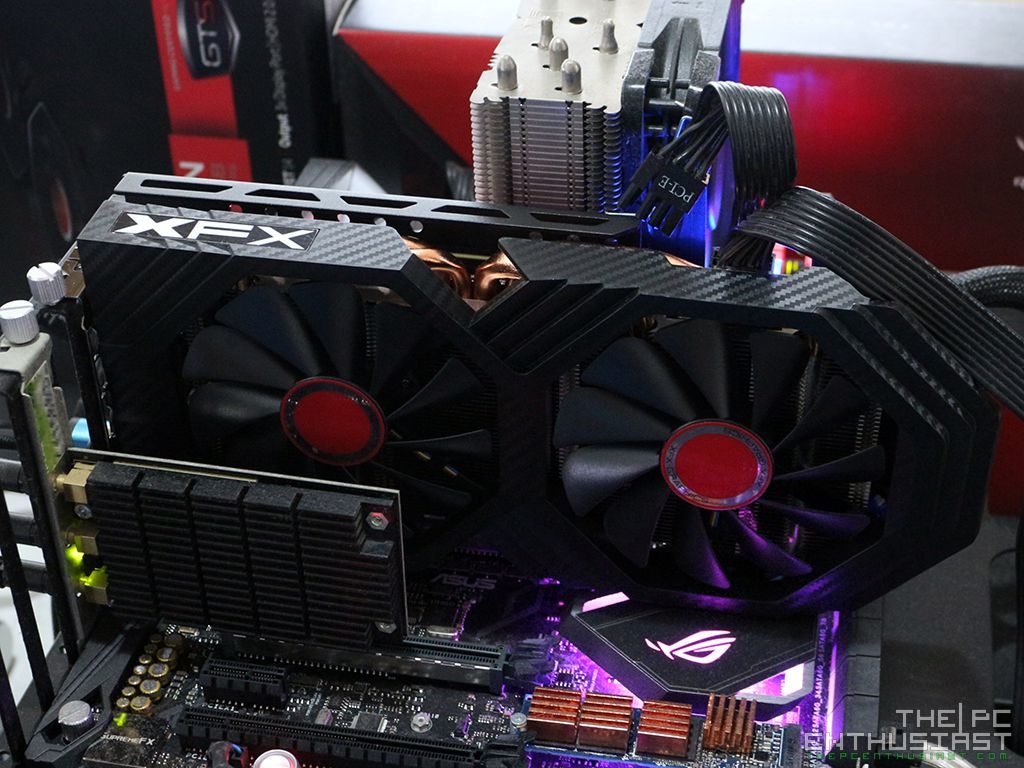 In benchmarking the XFX RX 580 GTS Black Edition 8GB, I am using a Gigabyte Z170X Gaming 7 motherboard powered with an Intel Core i7-6700K processor, overclocked to 4.5GHz. Overclocking the CPU to 4.5GHz should be on par or at least performs similar with the newer Core i7-7700K at stock. Note that the photo above is not the actual test system used. I use the Intel setup for consistency of the tests and benchmarks. Below are the rest of the system specifications: 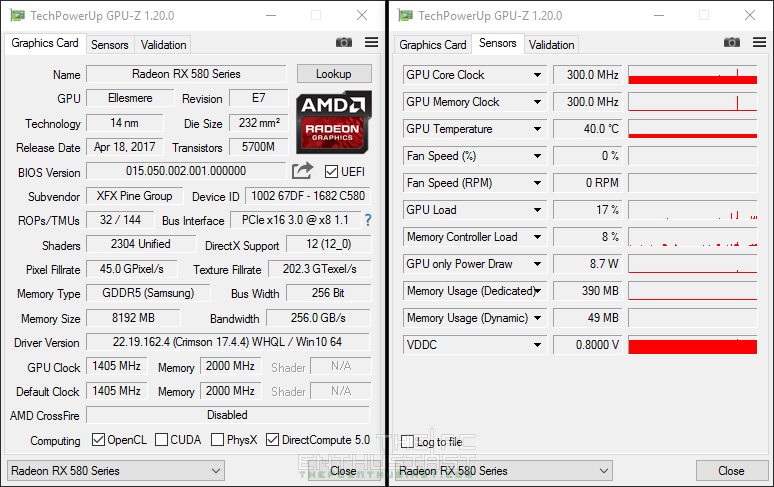 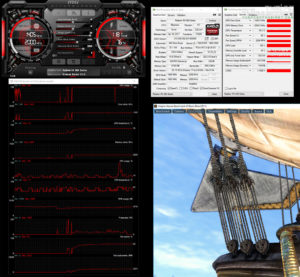 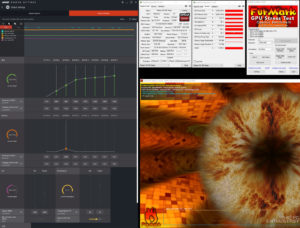 The XFX RX 580 GTS B.E. has a “fan stop” feature where the fans will not spin unless it reaches a certain higher temperature. It’s expected that during idle to light load situations, the temperature will not be as low compared to a card with the fans spinning constantly regardless of the temperature.

During idle to light load situations (browsing net, word processing or watching movies), the temperature would play from 41° degree Celsius up to around 49° degree Celsius. It’s still very acceptable considering that the card is completely dead silent at this state.

When the XRX RX 580 GTS BE is in full load, temperature would go up to 74° ~ 76° (usually below the 80° mark); with a fan speed hovering around 56% to 62%. Even at half the fan speed, the card remains to be very silent overall. Nowadays, most graphics cards are very silent and features that fan stop, which is a good thing. I think XFX was able to achieve these low temps and low noise due to the beefier cooler heatsink and 0dB-fan technology. 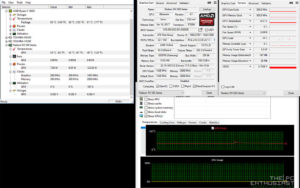 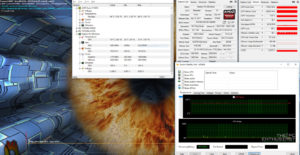 I did try to replace the thermal paste on the GPU after I have fully benchmarked it and recorded its temperatures – all stock, right out of the box. I was planning to test if the Thermal Grizzly Conductonaut would also pull down its temperature like what we saw on our GTX 1080 Ti review. Unfortunately, the card didn’t run at all after I applied the liquid metal cooling solution! I’m not really sure what happened or what’s causing it not to function anymore. Just when I thought the card got damaged, I decided to remove the Conductonaut and use Noctua’s thermal paste instead. The stock paste was already discarded and could no longer be reapplied. And boom! The XFX RX 580 was working again!

It seems it didn’t like liquid metals? Not sure. But I’ll continue to test the Conductonaut on the other graphics cards we have. Meanwhile, replacing the stock GPU thermal paste with the Noctua thermal paste did made a little bit of difference only (around 2°). It’s not worth it in my opinion, since it gets the warranty void.

Overclocking the XFX RX 580 GTS BE

The XFX RX 580 GTS Black Edition has a true clock (or stock clock) speed of 1405 MHz. This card is also OC+ capable, meaning that you can overclock it beyond its stock speed. This card can still be overclocked up to 1425MHz and 2025MHz on its memory. That’s not really a huge bump, considering that it’s only around 20-25MHz. I did try to overclock it further beyond its rated 1425 MHz OC+ clock speed; but unfortunately the card wasn’t stable anymore.

Depending on the quality of the GPU, you may or may not get higher clock speeds after trying to overclock it. Some cards can do ~1500MHz, while others like what I have here; the rated OC+ clock speed is pretty much its limit. Again, silicon lottery plays a huge role in the success of overclocking the graphics card.

A Few Tablets For Your Consideration in 2020

It’s a relatively new year which means as a consumer you might be wanting to treat yourself to a new product in 2020 and...
Read more

Well that was very fast, right after we posted the news about a certain Cyberpunk 2077-themed graphics card, NVIDIA just release a news regarding...
Read more

Cyberpunk 2077 is one of the most awaited game to be released this year. It will also feature NVIDIA’s real time ray tracing, offering...
Read more
- Advertisment -

It's been a year since Corsair released the RGB version of their popular Dominator Platinum DDR4 memory. By now, there are a lot of...
Read more
Graphics Card