The Zotac GeForce GTX 970 AMP! Extreme Core Edition is the company’s newer version of their GTX 970 graphics card. This is their current top of the line in the GTX 970 series, and was redesigned to fit inside most of a gaming system even with multiple GPU configuration. Zotac previously released the ZOTAC GeForce GTX 970 AMP! Extreme Edition which is a pretty badass looking graphics card. But the problem with that model was that it was too bulky and was thicker compared to most graphics cards that occupies two PCI slots. As a result you can’t put two of that card on top of each other since the cooler is just too thick. Another problem was it was also too wide as well due to its PCB and shroud design that comes with LED effects.

The newer GTX 970 AMP! Extreme Core Edition on the other hand has been simplified and was redesigned to make it narrower, and making sure that it will only occupy 2 PCIE slots, and is SLI friendly. Despite its toned down physical appearance, Zotac bumped up its core clock speeds, making it the fastest GTX 970 in their lineup. Honestly, it has been quite a long time since I last touched a graphics card from Zotac. I wasn’t a fan of their previous lineup since the designs were unattractive. But with their latest graphics card lineup, I believe they have been paying attention to what the gamers and enthusiasts really want from a graphics card. Please continue reading my Zotac GeForce GTX 970 AMP! Extreme Core Edition (ZT-90107-10P) review below and find out how good (or bad) this graphics card is. Perhaps this might be the graphics card you have been waiting all along. Before we proceed, I’d like to thank Zotac for providing the graphics card for the purpose of this review. The Zotac GeForce GTX 970 AMP! Extreme Core Edition still features a triple fan design, but it has a narrower shroud. It measures approximately around 12-inches in length, 4.4-inch in wide and 1.6-inch thick. Under its hood, it has 1664 CUDA cores with a base clock speed of 1228MHz and boost clock speed of 1380MHz. This is factory overclock and is faster compared to the reference GTX 970. It also features 4GB of GDDR5 RAM running on a 256-bit memory interface, clock at 7200MHz effective.

Like most modern day graphics card, it comes with a software or utility called FireStorm where you can monitor the graphics card’s performance, fine tune it or set different performance profiles that suites your needs.

By now I’m sure you have probably heard that all GTX 970 has a unique memory structure, were only the 3.5GB is the faster memory portion. I won’t go into details regarding the GTX 970 memory structure, since this issue has been long addressed and clarified. Moving on, like most of the GTX 970 graphics card, the Zotac GeForce GTX 970 AMP! Extreme Core Edition comes with new technologies that were not available in the previous GeForce graphics cards. These new features include: 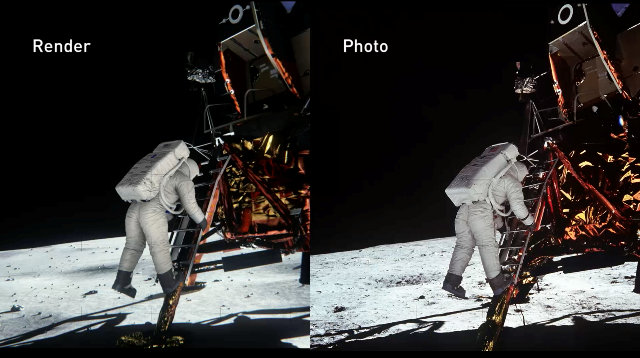 More features of the Zotac GTX 970! AMP Extreme Core will be discussed as we take a closer look on the graphics card on the following pages.