AMD finally released their flagship CPU for high-end desktop platform earlier this month – the AMD Ryzen Threadripper 3990X. The Threadripper 3990X is a monster CPU with its 64 cores and 128 threads; those numbers are even higher than the memory installed on my PC! AMD is just crushing Intel in the CPU department; from mainstream desktop processor, to high-end desktop, all the way to workstation and server CPUs. If you are planning to build the fastest an unrivaled high-end desktop PC today, for whatever heavy workload you may have, this is probably the CPU for you. “But can it run Crysis?” – Yes, it can! More details below. 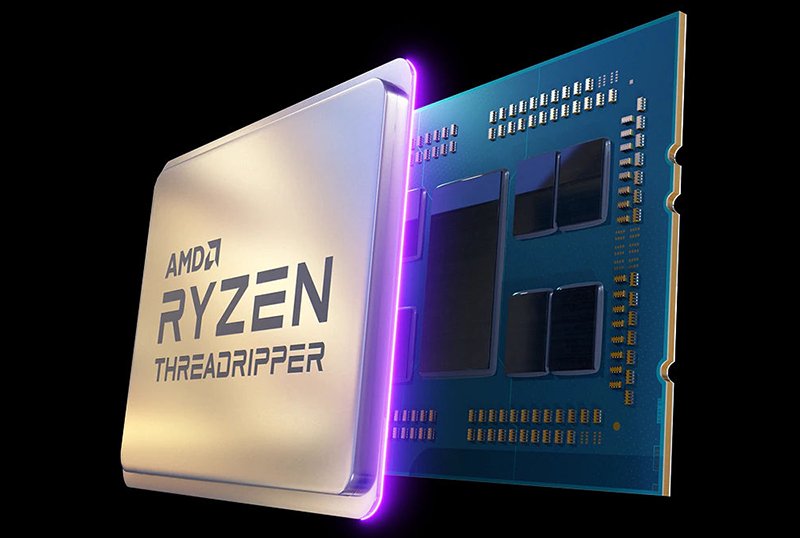 The AMD Ryzen Threadripper 3990X is currently the company’s flagship CPU for high-end desktop platform. According to AMD, the 3990X is specifically designed to deliver optimal performance for 3D rendering, visual effects, and video professionals. You will also need one of the latest TRX40 motherboards with Socket sTRX4. It features 64 cores with 128 threads; running at a base clock speed of 2.9GHz and with a maximum boost clock speed of up to 4.3GHz.

This thing is a beast! It can literally smoke any Intel CPU when it comes to raw performance. Even Intel’s flagship HEDT CPU doesn’t even come close to this. The Ryzen Threadripper 3990X literally has no competition. The Threadripper 3970X already beats the Core i9 HEDT CPUs Intel offers, and this is even faster than the 3970X. This CPU is just plain overkill!

Is there a catch? Any “Achilles’ heel” you may want to know? Well, basically the Threadripper 3900X is the same chip as AMD’s EPYC 7742. While the 3990X is definitely cheaper than its EPYC counterpart; the 3990X has less PCIe lanes, instead of 128 on the EPYC 7742; supports half the memory channel and no support for dual CPU.

But the one thing that could potentially “hurt” the 3990X is that it only has a total memory capacity support of up to 256GB (maximum) DDR4 memory. That’s basically 32GB x 8, for the 8 DIMM slots available on a TRX40 motherboard. Meanwhile, Intel’s Xeon CPU can support up to 1TB of memory capacity.

However, the Xeons are server-type / workstation CPUs and AMD’s EPYC CPU can support up to 2TB of memory. Meanwhile, the 3990X’s Intel counterpart – the Intel Core i9-10980XE has a similar maximum memory support up to 256GB of DDR4 memory.

The Ryzen Threadripper is definitely fast in terms of raw compute performance; but can it really run Crysis?. Well, check out LTT’s video below after the specs table.


For latest pricing and availability, check them here:

In a recently LTT YouTube video, Linus plays Crysis using just the 3990X processor only to render the whole game. Of course, it wasn’t the smoothest gaming experience and it’s not on the highest graphics detail. Check out LTT’s video below:

The AMD Ryzen Threadripper 3990X is now available and comes with a manufacturer’s suggested retail price of $3,990 USD. Meanwhile, the 3970X comes with an MSRP of $1,999 and the 3960X at $1,399. These are MSRPs so retail prices may be a bit different or may change. For latest pricing and availability, check out the links below.