The Asus STRIX GTX 960 isn’t really a powerful graphics card. As you have seen from the benchmark results in the previous pages, it wasn’t able to maintain 60 FPS at maximum game settings. You might be wondering why it was able to reach good frames rates on the Shadow of Mordor. Like I said, I toned down a bit its settings because some effects in the game requires that the graphics card must have at least 3GB of memory. Unfortunately the STRIX 960 has only 2GB of VRAM.

If I were to tone down some of the graphic settings in the games, it would definitely reach and maintain and average of 60 frames per second on a 1080p resolution. The STRIX GTX 960 may be able to handle a 1440p game resolution, provided that graphics settings are toned down as well. However, it is clear that this card is not meant for 4K gaming, primarily because it lacks the power and the amount of memory.

As expected the Asus STRIX 960 ran very silent and at most inaudible. Obviously you won’t hear a thing when the fans aren’t running at all. It also ran cool thanks to its larger heat sink that is very much enough to cool down the GPU chip even at full load. It’s also noteworthy to mention that this one isn’t suffering from coil whine issues, unlike some of the GTX 970s or GTX 980s. 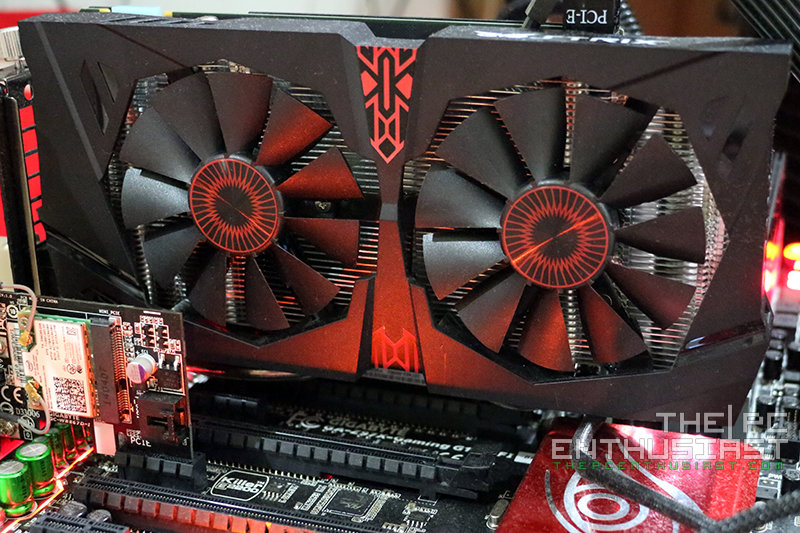 I’ve seen before how the GTX 760 performed, and honestly the performance difference isn’t that huge. So if you have a GTX 760 right now and you want something better, you might as well get a GTX 970 or GTX 980. Personally, I consider the GTX 970 the real sweet spot albeit a bit expensive vs the GTX 960. Another thing to consider is that this graphics card has only 2GB of memory and that’s not very future-proof at all. Some latest games already require at least 3GB or 4GB of VRAM just to enjoy its full graphics potential.

But if you are coming from something like a GT 700 series graphics card or from an iGPU (integrated graphics), and you just want to play games at 1080p without going wild on their settings, the Asus STRIX GTX 960 may be the card that you are looking for. Finally, I don’t see any reason why I shouldn’t recommend this graphics card, specially that current retail price slightly went down compared to its original price at release.