BitFenix is planning to reveal three new PC cases this coming Computex 2014. These are the BitFenix Pandora, a mini ITX case; the BitFenix Atlas, a tower case; and the BitFenix Aegis, a unique tower type MicroATX case. We have seen the Aegis before, since BitFenix already demoed this unit. But we haven’t seen the Pandora and Atlas yet. The company will also be showcasing their colorful lineup – the BitFenix Neos during the said event. Check out the official press release of the company below.

Since the legendary Prodigy, BitFenix has proven to the world that compact cases don’t have to mean small performance. This year, the designers at the BitFenix Labs have turned their attention to the living room, and have devised a new slim case specifically tailored to the living room environment, both in form and in function. Adding a never before seen user-configurable visual element, the BitFenix Pandora is a sleek mini ITX case that is poised to once again shake the world of compact case designs.

The second BitFenix case entry turns its attention to the extreme enthusiast crowd. Not since the Shinobi XL has BitFenix released a chassis that meets the needs of serious water cooling enthusiasts. At Computex 2014, show-goers will bear witness to the BitFenix Atlas, a futuristic design that is engineered to be the most flexible and feature-packed case for extreme PC enthusiasts. Atlas not only features two selectable layouts but also a unique test bench mode suitable for both hardware testing and extreme overclocking. Along with an advanced lighting system, Atlas is one enthusiast chassis that looks as good as it performs. 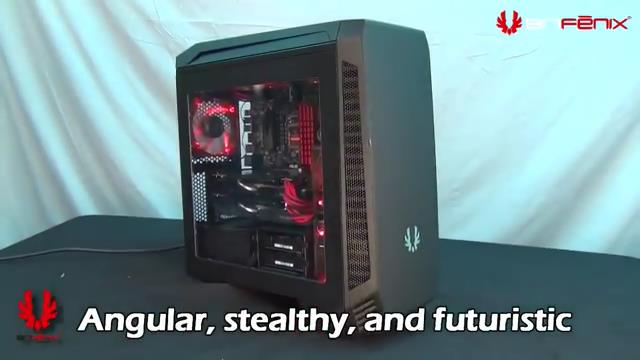 In addition to these exciting models, BitFenix will also bring a new world of color to Computex visitors. The full range of vibrant Neos chassis will be on display, as well as the colorful and powerful Recon 2 Fan Controller. It’s all happening at the BitFenix Computex booth.

Below is a video of BitFenix demonstrating the Aegis. Please note that the Aegis on this video is still a concept and a prototype. Final product, or the Aegis that BitFenix is going to display at Computex might look different.