The Galax GeForce GTX 1070 EXOC-SNPR is now available. I almost forgot to mention that there’s also a white version of this graphics card. Same design, same set of features except in white color. Galax’s main market is in Asian region, but it’s also available in the US with a retail price of $429.99 at GalaxStore.net. In European region, this product is known as KFA2 GTX 1070 EXOC-SNPR. Galax and KFA2 are basically the same. Check out the links below for latest pricing and availability. 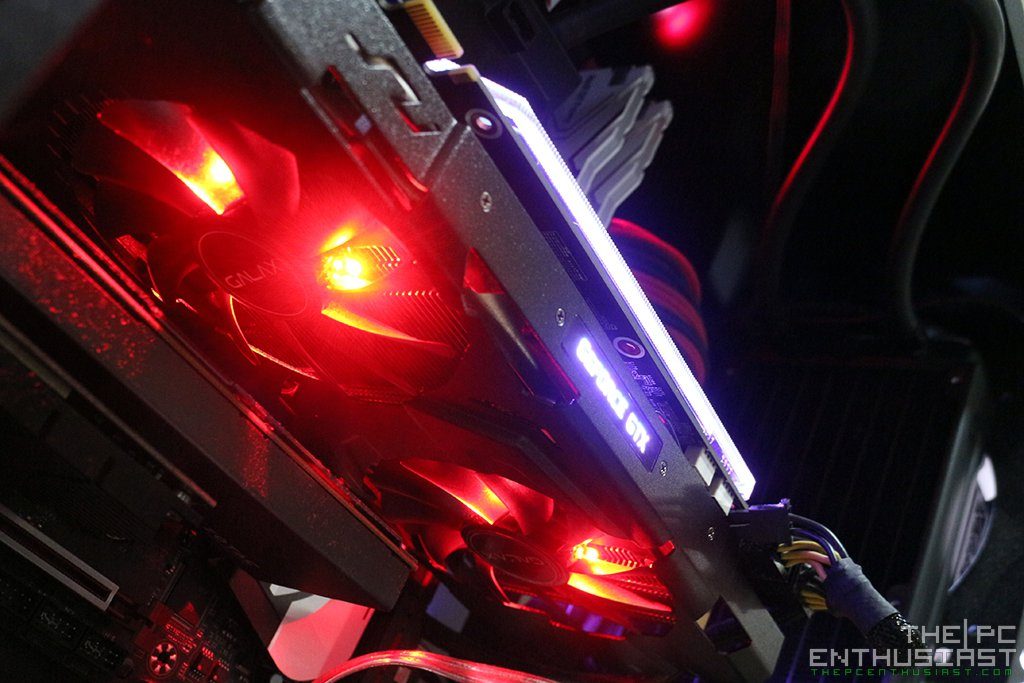 Reviewing the Galax GTX 1070 EXOC-SNPR was quite an interesting experience and we learned a few things about the GTX 1070 in general. First let’s talk about the performance. Right out of the box, the GTX 1070 EXOC-SNPR performed well and as expected. This shouldn’t be a surprise at all since regardless of its brand or make, it’s still a GTX 1070 powered with the same GPU core from NVIDIA. Second, in most scenarios (although not all) it was able to perform on par with the faster Zotac GTX 1070 AMP! Extreme and visually speaking we couldn’t tell any difference at all while playing games.

This gives us a conclusion that most GeForce GTX 1070 in the market doesn’t really perform that far from another. Not that we don’t know this before, but many were asking about it. If you look at their clocks speeds only, one card may look (significantly) faster than another, but in real world performance their difference is unnoticeable in most cases. In short, the GTX 1070 EXOC-SNPR’s performance is just as expected from a GTX 1070 and is able to compete with most of the GTX 1070s from the competing brands.

Going back to Galax’s GTX 1070 EXOC-SNPR, I think the company is going in the right direction. The graphics card is well built and pretty solid; quality seems to be their top priority. I like the feel of the graphics card on hand. But I have a couple of concerns with the EXOC-SNPR. First is the thick backplate which could be a clearance issue for some motherboards where the PCIe slot and DIMM slots are almost aligned. Also, the backplate is blocking the lock on the PCIe slot, unlocking the card from the slot is quite difficult. Perhaps if they placed a cut-out on that area, it would be easier to access and push the PCIe lock. Second is the LED lighting not matching; you get RGB on the backplate and on the side logo, but the LEDs on the fans are not RGB and cannot be turned off. No problem if you go all red, but I wish they also placed RGB LEDs on the fans that will sync with the rest of the RGB LEDs on the graphics card. That will certainly make the card look better, aesthetically speaking. For me, these are not really deal breakers, but it’s something for Galax to know so that they can improve their products, both in form and function, and compete with the likes of EVGA or Asus when it comes to aesthetics.

Finally, the Galax GeForce GTX 1070 EXOC-SNPR is a great graphics card with great performance and solid build quality. It runs cool and quite, plus the RGB lighting is a pleasing touch. I won’t be having difficulty recommending this graphics card. If you like how the EXOC-SNPR looks, consider this graphics card on your (next) upgrade.