Kingston is well known for its high quality storage and memory solutions. Today, let’s take a look at one of Kingston’s high performance DDR3 memory – the Kingston HyperX Beast (KHX24C11T3K2/16X). Memory is a very important component in a desktop PC; and like a graphics card or a processor, the memory also comes in various capacities and speeds. The Kingston HyperX Beast that I have here has a capacity of 16GB (2x 8GB) and a speed of DDR3-2400MHz. It’s an overclockable memory and is XMP certified. It’s designed to maximize computing performance, reduce workload times and is targeted towards enthusiasts, PC gamers and multimedia content creators. Let’s find out more about Kingston’s memory in my HyperX Beast KHX24C11T3K2/16X review below.

It also sports a unique black heatspreader with a black PCB which most gamers and enthusiasts are looking for in a memory. It is also 100% factory tested and comes with a lifetime warranty and free technical support. Other features are in bullet form below including sets of configurable timings and speeds.

A Closer Look at the HyperX Beast The Kingston HyperX Beast comes in a nice and easy to open packaging. The package includes two 8GB DDR3 sticks, a Kingston HyperX sticker and a warranty and installation guide. From its base to its very tip it measures 46.41mm tall, and it has a thickness of 8.60mm including its heatsink. If you are using a third party CPU cooler with a very large heatsink, you might want to check if it has a clearance for memory modules with tall heat spreaders. A single stick of the 16GB Kingston HyperX Beast DDR3-2400 has sixteen 512M x 8-bit DDR3 FBGA components per module. It’s basically a dual sided memory module. Unlike most 4GB memory stick which is single sided. One thing that I like about the HyperX Beast is that it has a black PCB. Although we usually don’t see the color of the PCB of a memory once it is installed, many PC enthusiasts and gamers would still prefer a black PCB over a green one. 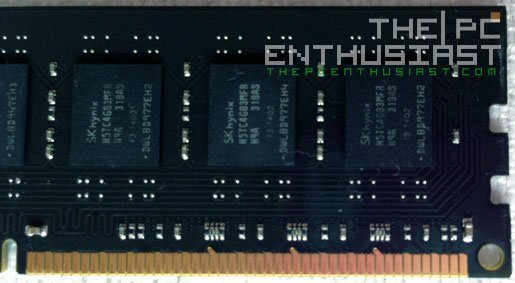 The Kingston HyperX Beast uses SK Hynix memory chips. The company is known in producing high quality and high performance chips, and their chips are often see in other high end components like video cards. The specific model of the chip used here is the SKHynix H5TC4G83MFR. According to SK Hynix, “the H5TC4G83MFR is a low power Double Data Rate III (DDR3L) Synchronous DRAM, ideally suited for the main memory applications which requires large memory density, high bandwidth and low power operation. It offers fully synchronous operations referenced to both rising and falling edges of the clock. While all addresses and control inputs are latched on the rising edges of the clock (falling edges of the clock), data, data strobes and write data masks inputs are sampled on both rising and falling edges of it. The data paths are internally pipelined and 8-bit prefetched to achieve very high bandwidth.”

In testing the Kingston HyperX Beast 16GB DDR3-2400 memory module, I am now using a new system powered by a 4th generation Intel Core i7-4770K Haswell processor and an Asus Maximus VI Impact motherboard. The full specifications of the system I used are indicated below: 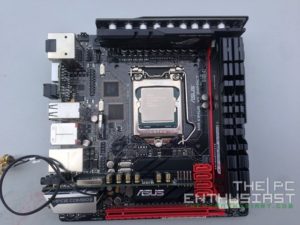 Setting the Kingston HyperX Beast to its native clock speed which is 2400MHz seems to yield the best performance, not to mention it was very easy to reach that speed as well. But increasing the memory’s frequency does show improvement in some cases. For the Read, Write and Copy speed higher MB/s is better, while lower latency is better. The Asus RealBench 2.0 runs several task to benchmark the system, from image editing, encoding, OpenCL related task and heavy multitasking. Although this seems like a synthetic benchmark, Asus’ RealBench 2.0 will actually open several images and edit them, do rendering and run several things altogether. Again, increasing the memory frequency resulted in a better performance.

Finally, I tested the memory using the Final Fantasy XIV A Realm Reborn Character Creation Benchmark tool. The 2400MHz speed returned the highest score as this is the most optimal setting for the HyperX Beast. Unfortunately, increasing the memory frequency to 2600MHz didn’t yield any better result.

However do note that when I tried to overclock or push the memory’s frequency above its 2400MHz speed, I was not able to fine tune the timings and its voltage. That’s probably one reason why it didn’t returned a much higher score. This means that the Kingston HyperX Beast DDR3-2400 is capable of running at a very high frequency (higher than 2400MHz). The only thing that is keeping it from reaching those speeds and maintains a stable state is my overclocking prowess and memory tweaking expertise that still needs a lot of improvement.

For gaming an 8GB would be sufficient in a 64-bit operating system. But the 16GB is the recommended one in most cases. However, if you are into heavy multitasking, building for a workstation system, server type, multimedia (video/photo) and 3D creation, a 32GB or up is recommended.

I think Kingston has created a real beast in the form of the HyperX Beast DDR3-2400 memory module. It has a nice looking large heatspreader for cooling the SK Hynix chips. The black PCB is also a plus factor in terms of aesthetics. But if you are using a large CPU cooler with a large heatsink, the heatspreader might get in the way. Hopefully, the new Noctua NH-D15 featuring a redesigned heatsink would be compatible with memory modules like the HyperX Beast.

At 1333MHz, the system runs overall good, but fully utilizing its 2400MHz speed offers a boost in the overall performance of the system, not only in gaming and desktop operation, but also in multimedia editing and content creation as well. I would recommend that you take advantage of its full speed when using the Kingston HyperX Beast. Oh, make sure you have a motherboard that supports memory speed of up to 2400MHz or more. Otherwise, it won’t do you much good suppressing its real potential.

And yes, the HyperX Beast is fully overclockable thanks to the high quality SK Hynix chips. Like I said, that only thing that prevented the Beast from going way beyond its 2400MHz frequency is my overclocking knowledge. At 1.65V you could still bump the memory a little bit further than 2400MHz. But if you are planning to go beyond 2600MHz, you might want to set its voltage higher than 1.65V. But this is not recommended for 24/7 use, since excessive overclocking will greatly reduce the lifespan of the component.

Casual gamers might not appreciate a fast memory. Usually we see PC gamers use only a 1200MHz memory or a 1600MHz memory since most of their budget is invested in the graphics card. But the Kingston HyperX Beast proved that a DDR3 2400MHz memory module can increase the overall gaming performance of your system. Not only content creators can take advantage of its speed but PC gamers as well.

After using the Kingston HyperX Beast 16GB DDR3-2400 for several weeks (until today), I’m very happy and satisfied with its performance. This is really a “Beast” when it comes to performance, not to mention its price is also affordable compared to other competing 16GB DDR3-2400 memory modules. Aside from the reliable and solid performance, it is also back with a life time warranty, thus earning the PC Enthusiast’s Editor’s Choice Award.