ADATA XPG Z1 DDR4 memory kits are now available to order. Currently, you can choose from an 8GB kit up to 32GB memory kit and with speeds from 2133MHz up to 2800MHz. It’s available in colors Red, Gold and White, but I don’t see the White version listed online yet. The company is offering a limited lifetime warranty for all their memory kits. At the time this article was published, the price of the DDR4-2800 16GB (4x4GB) memory kit is $99.99 USD, making it one of the sub-$100 memory kits with the capacity of 16GB running at 2800MHz. I’m not sure if prices of the DDR4 memory kits will continue to go down, but you can always check out for the latest pricing and availability below. 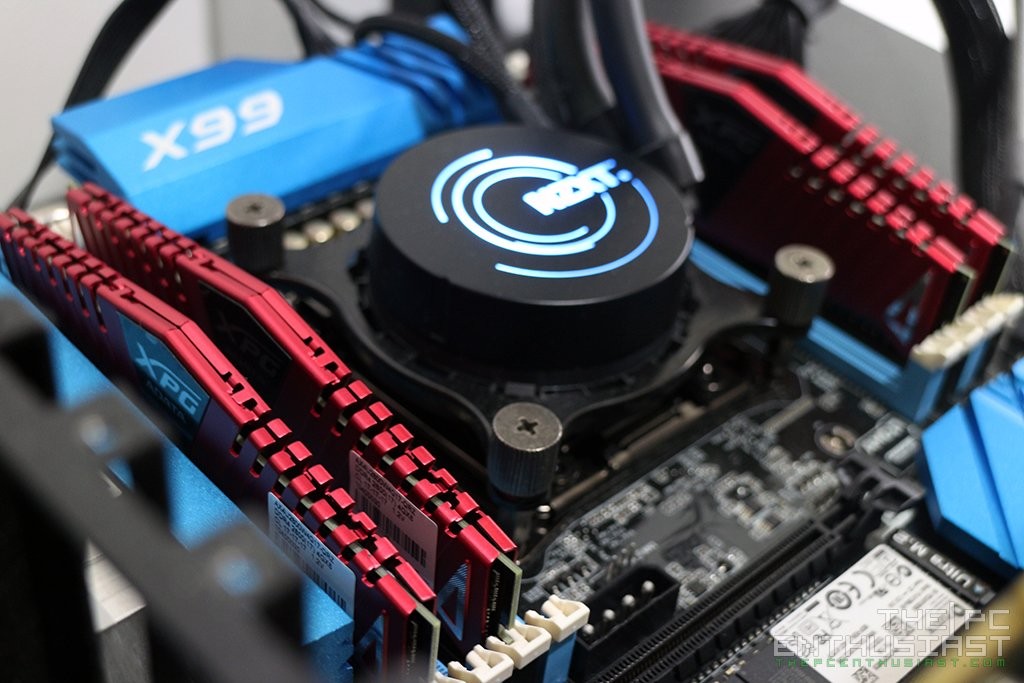 The ADATA XPG Z1 DDR4 is the company’s first line of DDR4 memory kit geared towards the enthusiasts and gamers. I wouldn’t say that it’s really made for serious overclocking or for those who are looking to break world records. Aesthetically speaking, the XPG Z1 looks great and the combination of its red heat spreader and black PCB makes it an attractive option specially on a gaming PC. I don’t have anything against the design of the heat spreader, since it’s more of a personal preference. But I’d like to point out that due to the shape of its heat spreader, it’s not really a low profile heatsink. The tip of the heat spreader, which is the highest point, measures 42.65mm tall. So if you are using a big CPU cooler, you might want to double check on the clearance available.

In terms of performance, the XPG Z1 DDR4-2800 16GB memory kits I got performed relatively well considering its price point of $99.99 only. It certainly is not the fastest or better performing memory kit out there but the price is within reasonable cost. However, I feel that ADATA could still compete better by making the XPG Z1’s price lower and more competitive. Overclocking the memory to 3000MHz was quite easy just by simply changing some values on the BIOS settings. However, increasing its clock speed to 3000MHz didn’t produce any significant result. I was able to push it to 3200MHz, which may result in a better performance, but the memory became unstable already. In the end, I find that it is best to stick with its rated speed by settings its XMP profile. It’s also noteworthy to mention that this memory kit is best suited to be used on an X99 system, where its full potential can be utilized. If you are using or building a Z170-based system, I think the dual channel kit would suite you better.

Finally, the ADATA XPG Z1 DDR4-2800 16GB is a good solid performing memory kit. It offers decent performance at a reasonable price tag, and should be on your list. It’s also back by a life time warranty from ADATA, making it a good option for those who are ready to jump into an X99 or Z170 platform.