Home Games Shadow of the Tomb Raider to be Released on PC on September...
Games

In case you missed Square Enix’s announcement, the third entry in the rebooted Tomb Raider franchise is launching later this year. Shadow of the Tomb Raider, as it is called, will serve as the concluding entry in Lara Croft’s origin story. The game’s official description mentions that Lara is in a race to save the world from the Mayan Apocalypse, which means players will be taken to the deadly jungles and tombs of Latin America. 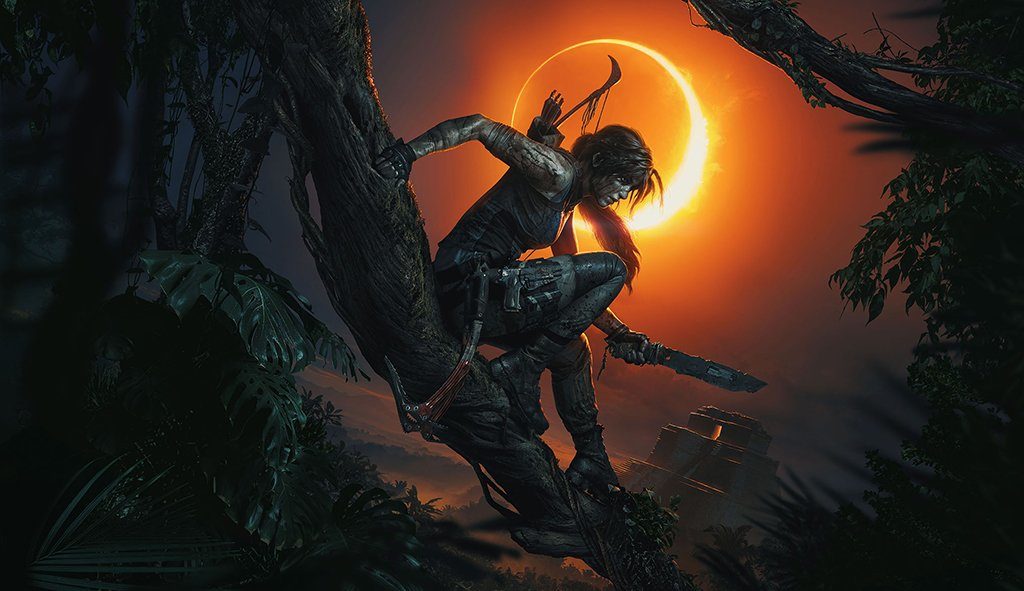 Footage of the gameplay was first revealed at Square Enix’s presentation at E3 2018. It showcased Lara’s variety of stealth skills in a dark, jungle setting, which is in line with what Eidos Montreal senior game director Daniel Chayer-Bisson mentioned when he spoke of Lara finally feeling at ease in the jungle. You’ll see Lara cover herself in mud, blend into the shadows, and climb trees like never before — an impressive feat overall, given that many people today would struggle to survive in such a tough environment. The final installment of this three-part origin story pushes the stakes even higher, and Lara Croft’s skills to even greater heights.

IGN’s preview of Shadow of the Tomb Raider also noted the new, separate difficulty options players can set when it comes to exploring, the various puzzles, and the many combat scenes in the game. These will allow you to tailor your gaming experience, and work towards the challenges that you’re most interested in.

Square Enix has also just released a new video with more in-game footage of Shadow of the Tomb Raider. It is a 10-minute walkthrough of the game’s new hub world called Paititi, which according to the them, is the largest hub ever found in a Tomb Raider game. Based on the in-game lore, Paititi was believed to be a long dead Mayan civilization, which Lara eventually discovers to be the exact opposite. Here, you can take on side missions, talk to the locals, and even pet llamas.

Clearly, Tomb Raider’s gameplay has evolved over the years. While the franchise’s core mechanics can be boiled down to combat, exploration, and resourcefulness, the developers expand on these pillars and introduce new features. But having been around for decades, it has meant that Tomb Raider has also translated to other smaller-scale games, with the puzzle-oriented Lara Croft Go being a great example. Smaller, bite-sized titles like this prove that the franchise can be successfully adapted to other mediums aside from the triple A titles gamers have been so fond of over the years.

Aside from its new gameplay system, Shadow of the Tomb Raider will also mark the peak of Lara Croft’s character development, as players take the final adventure that will shape her identity as the Tomb Raider. The game will reveal her darker side by exploring how far she is willing to go to obtain treasures and to race against her sworn enemy, the Trinity.

Shadow of the Tomb Raider is set to be released on September 14 on the PC, PlayStation 4, and Xbox One. For more E3 news, check out Cyberpunk 2077 hidden message here.

“By three they come…” Oh it’s been a while since I got this excited with a game trailer. When it comes to cinematic game...
Read more
Games

Battlefield V is almost upon us and finally the PC system requirements have been released. So let's check out what hardware you need for...
Read more
Games

Ubisoft's latest upcoming game - Assassin's Creed Odyssey is just a few weeks away from October 5 and we can finally play it. This...
Read more
Games

As expected, CD Projekt RED released the official E3 2018 trailer of the Cyberpunk 2077. Most probably by now, you know already that these...
Read more
Games

We continue Talion and Celebrimbor's journey on Middle Earth Shadow of War, the sequel to Shadow of Mordor that was released in 2014. The...
Read more
Games

Tom Clancy's Ghost Recon: Wildlands is the latest open world tactical shooter game developed by Ubisoft. This game has already been released in the...
Read more