“The PCMark 8 Storage benchmark tests the performance of SSDs, HDDs and hybrid drives with traces recorded from Adobe Creative Suite, Microsoft Office and a selection of popular games. It can test the system drive or any other recognized storage device, including local external drives. The PCMark 8 Storage benchmark also highlights real-world performance differences between storage devices unlike synthetic storage tests.”

On the previous benchmark tests, we can see that the WD Black SN750 is on top of the charts most of the time, followed by the Samsung 970 EVO and WD Black. However, I was quite surprised to see that the SN750 falls behind its predecessor and the 970 EVO in PCMark 8 Storage benchmark. The difference is very slim though, especially when it comes to their respective storage score. 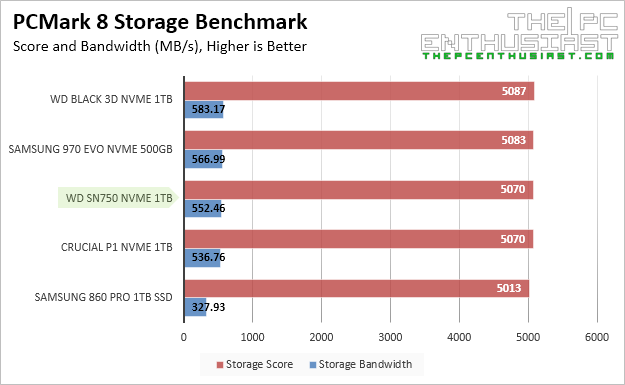 The WD Black SN750 M.2 NVMe SSD series is now available in a single-sided M.2 2280 form factor; and capacities from 250GB up to 2TB. WD is offering a five-year limited warranty with up to 600 TBW endurance for the 1TB model and up to 1200 TBW for the upcoming 2TB model. For the latest pricing and availability of the SN750, check out the links below.

If you look at the numbers on the benchmark results, you might think that one is “significantly” faster or substantially faster than the other. However, after using these three drives as an OS drive and game drive, it’s very difficult to notice and tell the performance difference at all. The WD Black SN750 loads Windows 10 OS smoothly and fast; same goes when loading applications and games. Desktop operation is buttery smooth as well.

I like the look and aesthetics of the new WD Black SN750, especially the one with an EK heatsink. It just looks sleek and blends well with the motherboard. But whether the heatsink offers an improvement in performance or not, that’s going to be on another review when it becomes available.

Generally speaking, I would recommend the WD Black SN750 overall. But since all of these three drives perform very fast and very close to each other; I recommend that you get the cheaper one (of the same capacity) among the three NVMe SSDs, at the time you are going to buy one. All are very good drives, but between the older WD Black and the newer SN750, obviously my recommendations favors to newer drive. 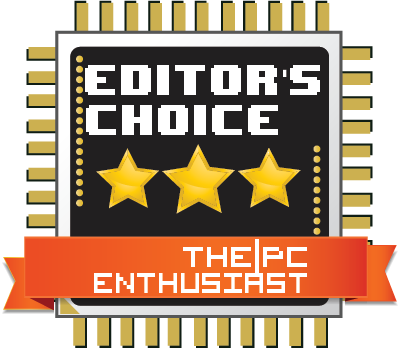 With the release of AMD’s X570 chipset supporting PCIe Gen4 x4 interface, there are several M.2 NVMe SSDs available in the market that would...
Read more
Storage Drives

Today we are going to review the Crucial MX500 SSD 2TB capacity. We previously reviewed the 500GB and 1TB capacities, and both drive capacities...
Read more
Storage Drives

Today we are going to review the Crucial P1 M.2 NVMe SSD, the company's entry level and budget friendly NVMe SSD. We have the...
Read more
Storage Drives

The WD Black 3D NVMe SSD is the company's latest attempt to compete with other high performance storage drives in the market. Last year's...
Read more