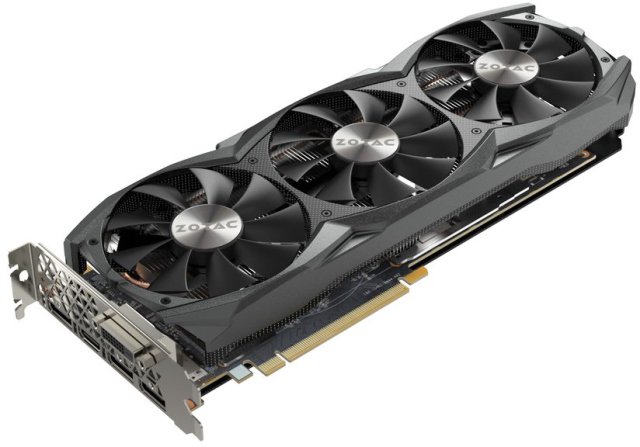 By now, I’m sure you are most probably aware of the different features that the NVIDIA Maxwell micro-architecture has to offer. We have outlined the common features of the current GTX 900 series graphics card in our Zotac GTX 970 and GTX 950 reviews. In a gist, the GeForce GTX 980 Ti features the following NVIDIA technology: Dynamic Super Resolution, MFAA, PhysX, GameWorks, GameStream ready, G-Sync ready, SHIELD ready, GPU Boost 2.0, Adaptive Vertical Sync, Surround, SLI ready and CUDA. In addition, the GeForce GTX 980 Ti is built to handle 4K UHD resolution and is also VR Ready. I, for one, am very excited about this whole Virtual Reality thing – think Sword Art Online (SAO). I know it’s not even close to what the gamers experienced on that popular anime series, but it’s one step closer. The Zotac GeForce GTX 980 Ti AMP! graphics card features a base clock speed of 1051MHz with a boost clock speed of 1140MHz. Like most of Zotac’s current GTX 900 series graphics card, this one also features IceStorm Cooler with Freeze technology. IceStorm is basically a marketing term for its aftermarket cooler and Freeze technology basically means that the fans will stop spinning when the graphics card is idle or at low temperature, resulting into a silent operation. 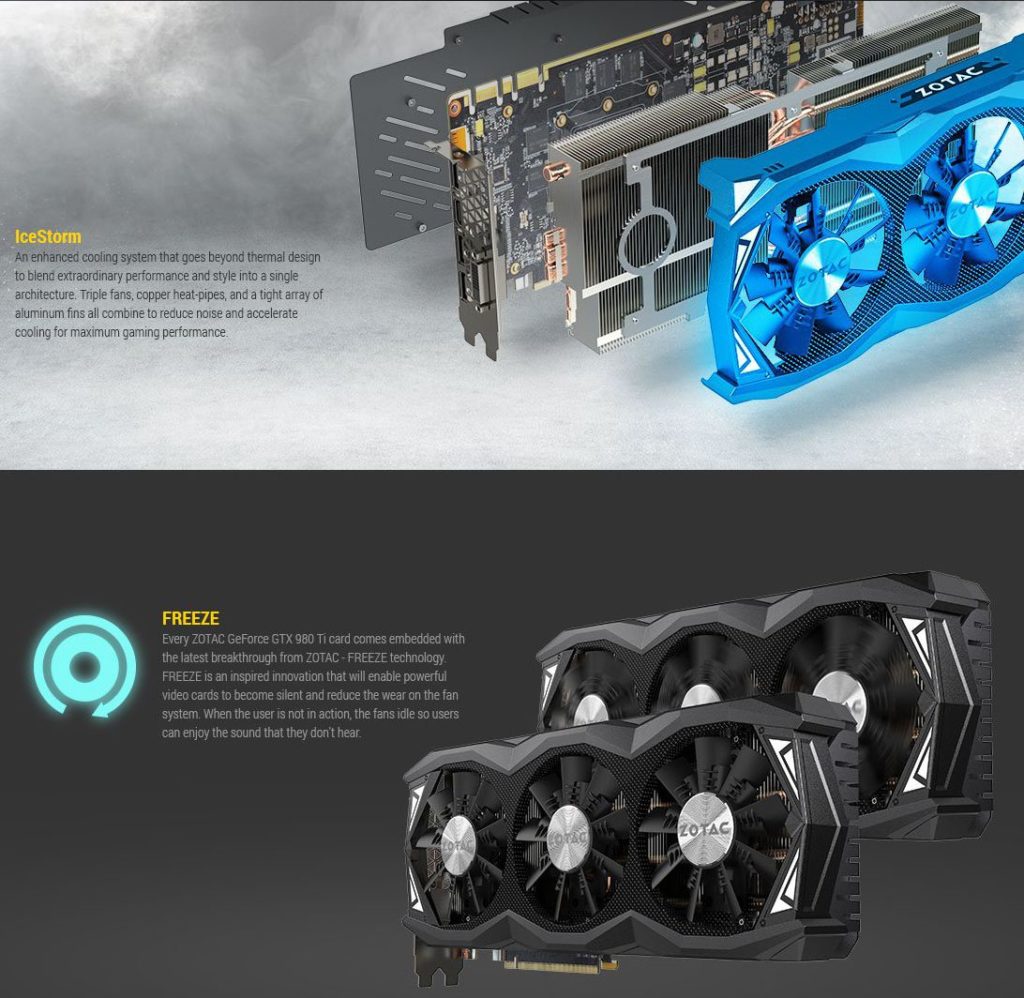 The Zotac GTX 980 Ti AMP! also features Carbon ExoArmor, somewhat similar to the GTX 970 AMP! Extreme Core Edition. However, the back plate on the 980 Ti AMP! wraps around the card and it looks definitely better. Let’s not forget the FireStorm – Zotac’s software utility for tweaking and tuning a graphics card’s clock speed, fan control and GPU monitoring functions. Below is a specifications table of the reference GTX 980 Ti, this graphics card and Zotac’s flagship model. After that, let’s proceed to the next page of this review and take a closer look at the Zotac GTX 980 Ti AMP! Edition.

Zotac GeForce GTX 980 Ti AMP! latest pricing and availability:
For US visitors, visit B&H Photo Video here
For UK Visitors, visit Amazon UK here
Pages: 1 2 3 4 5 6 7 8 9
Amazon and Newegg links in the post are affiliate links. As an affiliate, we may earn from qualifying purchases.
Share this: