Today we are (finally) publishing our review of AMD’s latest Radeon RX 5700 XT graphics card, dubbed as the “ultimate 1080p graphics card” by AMD. This launch was somewhat a roller coaster ride. Other media consider it as “messy” release or “AMD jebaited themselves”. I’ll discuss more on this in the review. But for now, let’s check out the new Asus TUF Gaming X3 Radeon RX 5600 XT EVO (TUF 3-RX5600XT-O6G-EVO-GAMING); I wish company would name their products simpler or give them shorter names. Anyway, it’s one of the company’s RX 5600 XT and the more affordable option than Asus’ ROG Strix lineup. Let’s find out if this graphics card is really the ultimate 1080p gaming graphics card in the market, and if you should buy one. Please continue reading our Radeon RX 5600 XT review below, featuring Asus’ TUF Gaming X3 EVO graphics card. 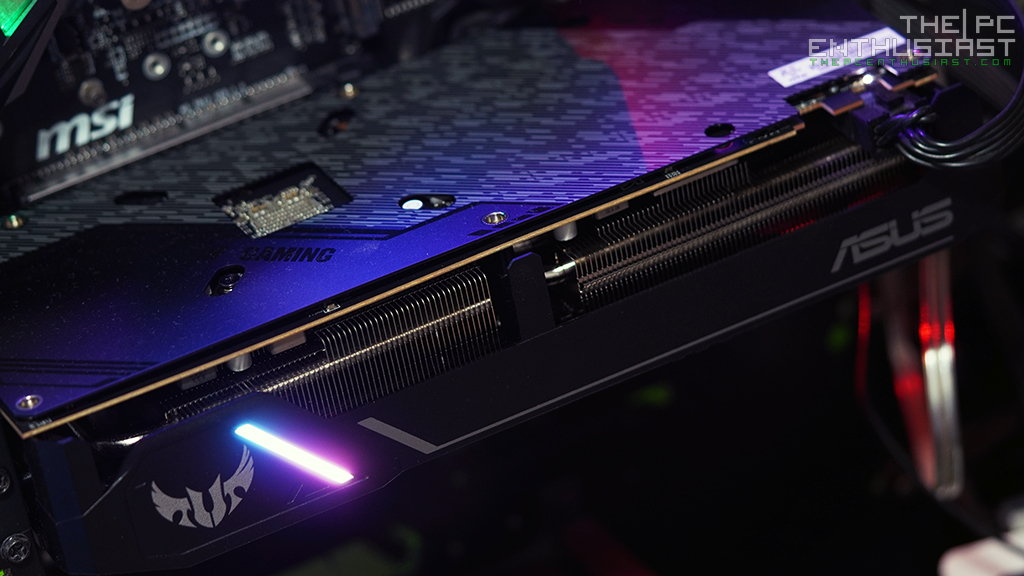 However, several days after AMD’s announcement of the said graphics card; NVIDIA suddenly dropped the price of their GeForce RTX 2060 Founders Edition graphics card from $349 to $299 USD. This effectively made the RTX 2060 more attractive, since it’s just $20 more from the base price of the RX 5600 XT. Not to mention, the better variants of the RX 5600 XT from AIB partners are expected to be priced around $300+ USD.

To counter NVIDIA’s move, AMD decided not to adjust the price of the RX 5600 XT; but instead they released a new vBIOS in the very last minute. That’s why some reviews are late since the graphics cards have to be flashed with the new vBIOS and test them again.

Second, users should never do a vBIOS update or flash their graphics card with a new BIOS if there is nothing wrong with the product. There are some cases that it is really important to flash the BIOS of a graphics card; but if the card is working perfectly fine and it doesn’t have any problems at all, users should not flash them. Why? Because flashing a vBIOS is risky. Although the process is easy, flashing it is very risky. You could potentially brick the graphics card. A corrupted vBIOS file, or a sudden power outage, or wrong BIOS file and etc, could potentially brick the graphics card.

Another issue that surfaced is the first batch of RX 5600 XT are already in warehouses or perhaps store shelves. This means, they are still carrying the old BIOS and users may wonder why their RX 5600 XT were performing slow. Thus, users need to flash the BIOS; but would have to deal with the potential risk of flashing the BIOS.

On top of that, it turns out that not all RX 5600 XT can be flashed with higher clock speed and memory speeds. The GDDR6 memory on these RX 5600 XT were not rated to run at 14Gbps, but could easily do 12Gbps. Like in our unit, the TUF Gaming X3 Radeon RX 5600 XT EVO, after flashing its BIOS only the clock speed increased. The memory speed remained 12Gbps. According to Asus, only the ASUS ROG STRIX TOP model will have a memory speed of 14Gbps; the rest will have 12Gbps.

That’s why if ever you decide to buy an RX 5600 XT, be sure to check out the reviews and their specs meticulously to ensure that you are buying the “better” variant of the RX 5600 XT. I’ll write a separate article listing all the RX 5600 XT graphics cards, so that you’ll know which one are fast and which are not. For now, let’s take a look at the Asus TUF Gaming X3 Radeon RX 5600 XT EVO and see how this card performs. The TUF series is Asus’ cheaper or close to reference model graphics card. But it does feature a tri-fan design with a beefy heat sink underneath. I’m not worried too much about the capability of the TUF’s cooler to cool its GPU; what I am worried about is the memory.

It was discovered that Asus’ RX 5700 XT ROG Strix and TUF has a poor implementation of their cooler, specifically in cooling the GDDR6 memory. So, I’m not sure if Asus addressed the issue in the RX 5600 XT and fixed it or not. We will find out on our temperature test later in this review. The RX 5600 XT TUF features axial-tech fans with dual ball bearing that are very silent, increased downward air pressure and can last longer than traditional GPU fans. It also features 0dB technology where the fans do not run until the GPU reaches a certain temperature. This results in a dead silent operation during idle to light load situations.

Technically speaking, RGB lighting is not present in this graphics card. But there is a small LED strip on the side-front section that cannot be controlled. The color is fixed to a Blue to Purple gradient. I’m not sure why they need to put it there, I think they should have made the line longer or no lighting at all. It looks off in my opinion and doesn’t match with the color scheme of the graphics card.

It does have a protective backplate and I think it’s metal. The RX 5600 XT TUF Gaming X3 EVO has a 2.7-slot design and it’s quite a big with a measurement of 282.6mm x 128.5mm x 53.8mm. According to Asus, this graphics card has passed a 144-hour validation program that puts cards “through a series of stringent tests to ensure compatibility with the latest games”. I tested the ASUS TUF Gaming X3 Radeon RX 5600 XT EVO on an MSI MEG Z390 ACE motherboard powered with an Intel Core i7-8700K overclocked to 4.9GHz. The rest of the specifications of the system are as follows:

The test will be a bit different compared to our other graphics cards review. Since AMD released a new vBIOS for the RX 5600 XT, I will include the test results that I got before I flashed the Asus RX 5600 XT TUF and after I flashed its vBIOS. So, there will be two results in the benchmark graphs below. Continue on the next page for the temperature and benchmark results of the Asus RX 5600 XT TUF.